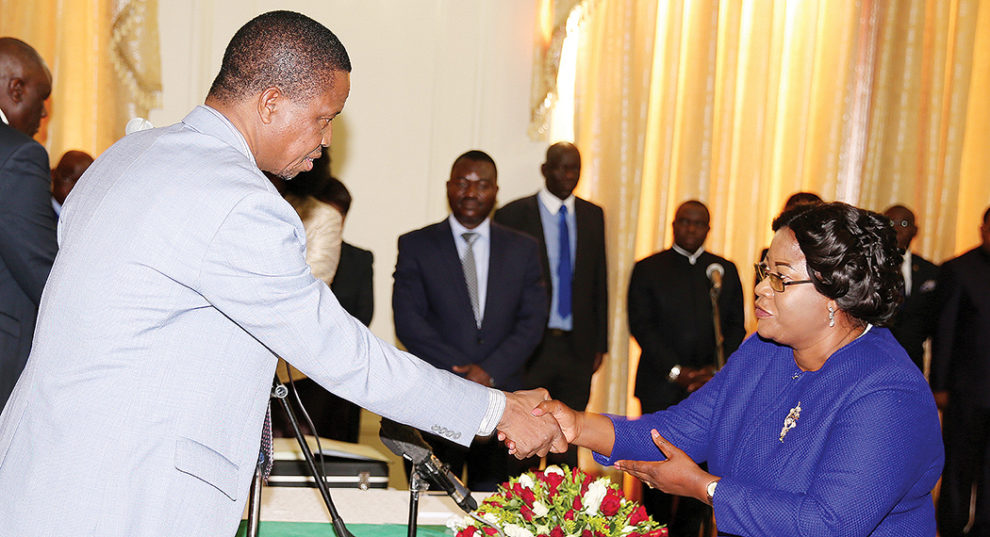 and long overdue.
Every year, Zambia spends colossal sums of money from its tight budget on foreign missions across the globe with the hope of reaping economic benefits, among others.
The investment is further compelled by the fact that no country is an island and therefore needs to form linkages with others to be able to develop.
Foreign missions are therefore created to develop commercial, economic, cultural and scientific relations between the host country and the home country.
It is also in the mandate of foreign missions to monitor and report on conditions and developments in the commercial, economic, cultural, and scientific life of the host country.
This is in a bid to learn from their host countries’ achievements.
And now that the focus of diplomacy has shifted from political to economic ties, foreign missions are expected to be proactive in attracting foreign direct investments into the country.
While there are exceptional foreign missions like the Zambian Mission in China among others which have done exceptionally well in raking economic benefits for the country, others are as good as non-existent.
We are left to wonder if some missions are worth the colossal amounts of taxpayers’ money Government is spending on running them and sustaining staff.
It is clear that some people, when appointed to go into foreign mission, have at the back of their minds a free ticket for a holiday.
Our diplomats need to be reminded that they are not sent into foreign mission for leisure but to work by representing the interests of the country.
This is why the Vice-President has challenged Zambian missions abroad, and rightly so, to justify their existence and operations.
Zambian missions abroad need to justify why Government should continue spending taxpayers money on them if they are not able to fulfil their mandate of facilitating Zambia’s socio-economic development by wooing foreign direct investments.
Zambia has vast investment opportunities across various sectors which our foreign missions should help market in their host countries.
Tourism is one sector that needs exploitation. Despite Zambia being endowed with natural and amazing tourist attractions, tourist inflows remain undesirably low.
Our foreign missions should be proactive in marketing our tourist attractions in their host countries to increase international tourist visits.
Why should some tourists in the Western world believe that the Victoria Falls is in South Africa. It means our missions abroad are sleeping and need to awaken from slumber.
It is good that Government is calling all those in foreign missions to account for their operations through performance management system.
Recently, Government announced that all those in foreign missions are expected to submit reports on their achievements.
This will help to expose those who are not performing.
We totally agree with Government that missions that will be found to be underperforming should either be closed or new representatives appointed.
The government should therefore not hesitate to recall any diplomats who have failed to deliver on their mandate.
We however join the Vice-President in commending the Zambian mission in China for working tirelessly to facilitate numerous infra-structure development projects in various sectors of the country’s economy.
Among the multi-million dollar projects that the Zambia mission in China has facilitated include the expansion of the Levy Mwanawasa Hospital, construction of a new terminal at Kenneth Kaunda International Airport, and Ndola international Airport.
Others are the proposed revitalisation of the Tanzania Zambia Railways and Zambia Railways, and establishment of agro, construction, trade and service industries.
The embassy has also organised the Zambia Week which runs from July 26 to 29, an initiative aimed at providing a platform to market Zambia’s tourism and investment potential.
Other embassies will indeed do well to emulate the Zambian embassy in China’s proactive efforts in facilitating development.
In the wake of wrong information about our political situation filtering into international media, Zambia’s foreign missions have an obligation to protect the interests of the home country and its citizens in the host country.
In this case we expect them to be proactive by engaging various international stakeholders such as the government of the host country, potential investors, pressure groups and holiday seekers, among others, to give the correct political situation in the country.

Help those in denial
We must have durable roads