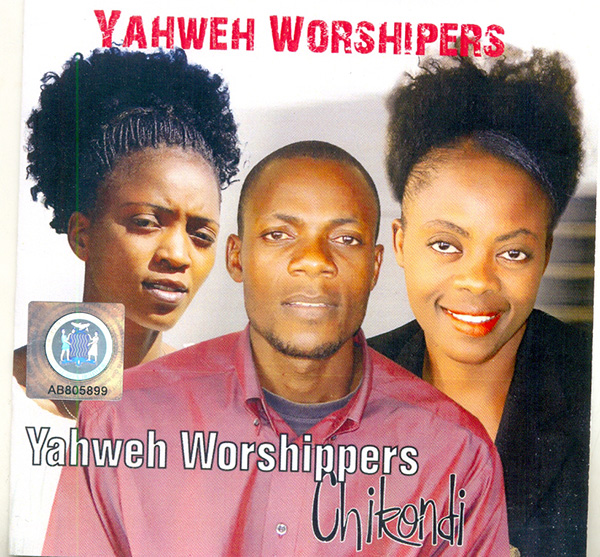 GOSPEL GROOVES with FELIX NYAMBE
LISTENING to their debut album aptly titled Chikondi, you realise that Yahweh Worshippers strive to sing songs to the glory of God for different occasions and situations.
According to the group, which consists of inspirational gospel songsters, Chawama Chisuta and Leah Kolala, along with her (Leah)â€™s supporting hubby, Hundson Kolala, â€œJesus paid it all for our sinsâ€.
Chikondi, which literally means love in ci-Nyanja, is one word which is often taken for granted by many Christians, but to true believers, there is no greater love than that of the Lord. The songâ€™s accompanying video is just as amazing!
In their title track, the group looks back at the over-recited scripture in John 3:16 which clearly states thus: â€œFor so God loved the world that He gave His only begotten Son, that whosoever believes in Him, should not perish but have everlasting lifeâ€¦â€ Amen!
Yahweh Worshippersâ€™ uplifting album opens with an assurance song titled Anatifela, which every child of God, and sinners alike, should appreciate because Jesus died for all mankind.
According to the Bible, Jesusâ€™ dying on the Cross was not in vein because it was the best gift that God could ever give to mankind after Christ conquered the grave for you and me.
On another song which they have titled Nalimitemwa, even a Sunday school kid best know that Jesus is love. He is the ultimate giver of unconditional love.
But even before God gave us the priceless gift of Jesusâ€™ love, He created the Heavens and earth and filled it with everything that man desires to make it worth living in.
The Lord who taught the sun where to stand in the morning and taught the ocean you can only go this far, is the same God who showed the moon where to hide till morning.
Part of these words make-up the lyrics of the groupâ€™s inspiring song titled Ndayanda, while on the song â€œYahwehâ€, the outfit simply edifies and extols the Lord.
Because there is no name greater than the Lordâ€™s, Yahweh Worshippers are not ashamed to proclaim that it is the same name which when mentioned, every knee bows down and every tongue confessed that He is Lord.
Such is the confidence of the Choma-based gospel outfit as it croons on their defining song titled Shina Lyenu while they goes on to sing about the reason they will pour all the love on the Messiah on the song Cicena.
The album ends with some thanks-giving, though purifying praise songs such as â€œI Thank Youâ€ and Ndofwa Bwino, which acknowledges that â€œeverything that has breath must praise the Lordâ€ (Psalms 150:6).
Meanwhile, after spending years with Yahweh Worshippers at the Choma Pentecostal church, Chawama has relocated to Monze with her family but the spirit of worship lives on.
â€œI have since moved to Monze, with my family, but have continued to worship and praise the Lord with gladness,â€ she emphasized.
Now leading in worship at the Monze Evangel of Grace Pentecostal, Chawama is also working on her new solo album which will feature award-winning gospel star, Pompi.
Well, much as that would be another story for another day, Chawama listed the songs â€œPurposeâ€ (featuring Pompi),â€ Africaâ€ (featuring Martin Kazembe), â€œCall on Himâ€, Palibe Chingachose and â€œLove Conquer Allâ€, as some of the songs that will make-up her solo project. Watch this space!
fmmusik@yahoo.co.uk, 0979360993/0964873656