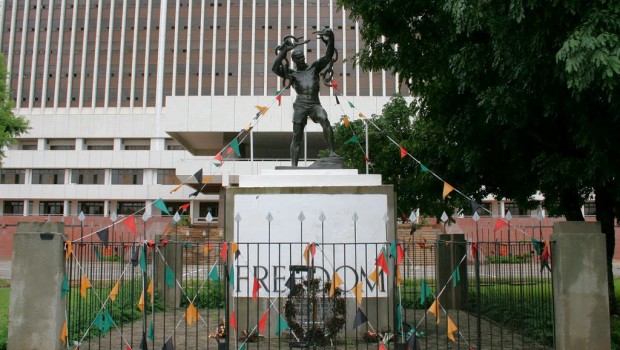 ZAMBIA can never develop without the involvement of people from other countries. This is true for any other nation, as immigrants are an indispensable group in a country’s socio-economic development matrix.

Many prosperous countries attest to the fact that the sweat, varied skills and expertise of foreigners played a major role in their journey towards development. And because they are part of the social and economic activities aimed at improving living standards of their fellow human beings, people of different nationalities actually become part of the citizenry of a particular country.

It is, therefore, unfortunate that here in Zambia, at a time when our civilised society should be forging ahead in its efforts to fully integrate into the global village and work with people from other parts of the world to develop our country, some people have the audacity to issue xenophobic remarks against foreigners.
Following alleged xenophobic remarks attributed to a disgruntled politician against Chinese nationals recently, President Edgar Lungu has assured the nation that law-abiding citizens will be protected as the law takes its course in dealing with the culprit(s).
It is heartening to know that the police are actually investigating the matter. This ‘hatred of strangers’ which, if left unchecked, may turn into hostility against non-natives, particularly the Chinese, and should be dealt with urgently and sternly. All nationalities should be fully respected as they are helping to enhance the economy of our land.
Citizens, including politicians, are expected to preach love if we are to live in harmony among ourselves as Zambians, as well as with those of other nationalities who are in this country. But if one just wakes up from their slumber and begins to agitate others in a bid to harm foreigners, it is better that the law visits such a one to serve as a lesson to anyone else planning similar attacks.
You may wonder – isn’t such a person who is making xenophobic remarks against people from other countries sensible enough to realise that there are many Zambians, some of whom could be his or her relatives, based in foreign lands throughout the world?
In China today, for example, Zambian students at different universities are in thousands. And with some Zambian professionals working for various firms in that country, it means a number of families from our country have also settled there.
Indeed, we are in an era that demands full integration of the peoples of the world into a global village as we complement each other in all areas of life. The technological advances in our midst have taught humanity the importance of interdependence in economic, social and political spheres as we strive to improve our lives as individuals and as nations.
Recklessness in statements and acts of people who are supposed to be entrusted with the leadership of the country threatens prospective foreign investments, as well as those that are already well established. In fact, it is investments that are being undertaken by foreign nationals such as the Chinese, which are creating employment for our people in all sectors of the economy.
Careless utterances for mere expediency should not be part of our culture. No one should force us to view our brothers and sisters from various foreign lands in bad light. Zambians know that those who threaten others are just lawless politicians who have nothing to give to the country. We can only urge them to carefully watch their selfishness, as it may one day land them in trouble.