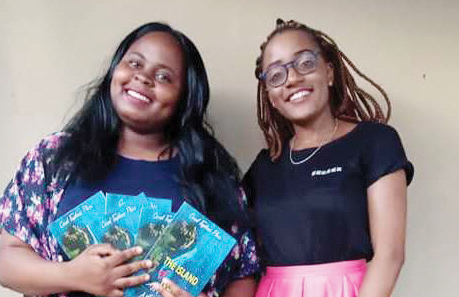 CHOMBA MUSIKA, Lusaka
BUDDING author Carol Phiri has penned her second book titled Island of Nomu, a fantasy adventure involving two main characters.
Of the two leading characters, one is human called Kizito while the other is a female creature named Niza.
The story in part one of the four series book that unfolds with Niza and Kizito being forced to interact amidst a dramatic linguistic barrier.
Carol told the Weekend Mail in Lusaka that the 88-page book is a good read targeted at a cocktail of readership.http://epaper.daily-mail.co.zm/

Film royalty turns up for Piyo
Kings of Comedy back