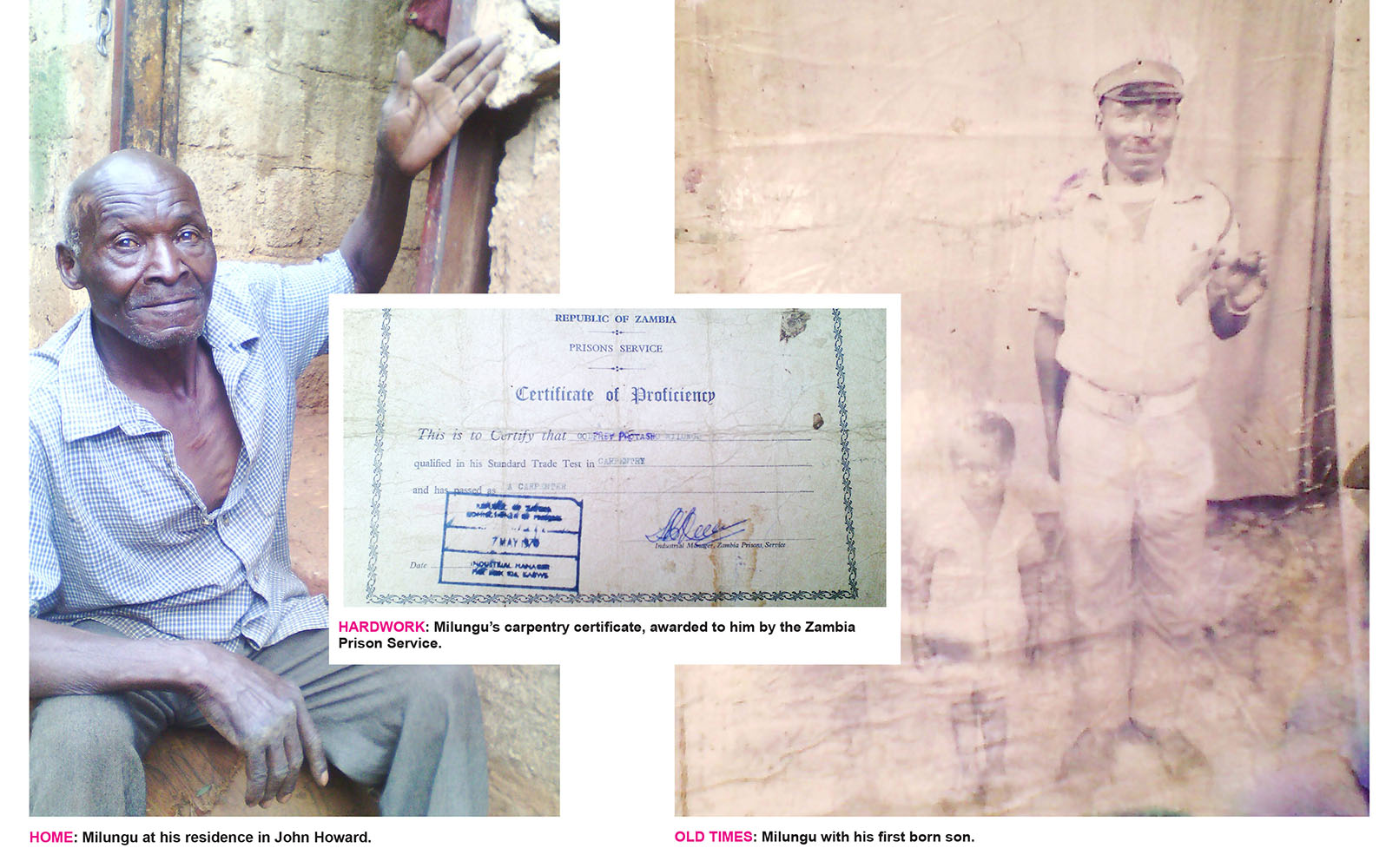 KAPALA CHISUNKA
â€œAS A child, I did not understand the reason we were treated differently based on our skin colour. As I grew, my parents began to explain why that was the case; we were not an independent State,â€ Geoffrey Protansho Milungu said.
Born on June 17, 1936 in Mpika, Mr Milungu, a former freedom fighter became resentful towards his colonial masters as he did not like the inhumane way they were treated.
The second born in a family of 11 children, as a child, Mr Milungu was close to his mother and would go shopping or run errands together. It was during that time that he learnt first-hand the levels of discrimination the colonial masters had for black people.
â€œBlacks and whites were not supposed to mix at all. I remember my mother would buy things from a window and when we went to the butchery, there were specific cuts of beef we were allowed to buy such as intestines, or what they called bones on meat. The good cuts were for the whites,â€ he said.
Even accessing good education was the preserve of the whites and not the poor indigenous Zambians.
This environment according to Mr Milungu forced him to become a rebel.
However, the one incident that has stayed with Mr Milungu was seeing his father being mistreated by his boss at his place of work in Kabwe.
â€œWhen I was in my teenage years, my father was a construction worker. One day while working on the roof of a building he fell to the ground and a huge nail pierced through this foot.
His visibly annoyed white boss used a claw hammer to pull out the nail from my fatherâ€™s foot as blood continued oozing from his leg. He then kicked him on the same leg and ordered him to stop being lazy and go back to work,â€ Mr Milungu said.
That unfortunate incident aroused in Mr Milungu the urge to stand up for his rights even in an environment that did not support his desires for a free and equal society.
Where there is a will, there is a way and for Mr Milungu that opportunity came with the formation of the UNIP. In 1959, at age of 20, Mr Milungu joined the UNIP youth league in Kabwe and started mobilising other youths. Kenneth Kaunda was in prison in Kabompo at the time.
After enough youths were mobilised, Mr Milungu said a meeting was held in 1960 where they all decided to relocate to Lusaka.
â€œAt Freedom House, we were mentored by Julia Chikamoneka, Mukuka Nkoloso, Emelio Saidi on how to behave as freedom fighters. We even participated in a demonstration against the then District Governor, a Mr Simon,â€ he said.
He said their leaders, especially Mr Nkoloso was impressed with the courage exhibited by the youths that he asked them to go to Southern Province to distribute UNIP membership cards. Southern Province at that time, was a no go area for UNIP according to Mr Milungu.
Although that trip was aborted after Mr Milungu and his fellow youths were tortured, he said the experience did not affect their urge to continue in the struggle.
As the political situation continued to become volatile in 1961, the youth league also became aggressive and intensified their programmes by engaging in trainings which involved petrol bombing techniques.
â€œMr Nkoloso sent us for training in Lusaka West where we were taught how to petrol bomb buildings belonging to white occupants. After four days of training, we went on rampage bombing and destroying buildings.
Unfortunately, people working for the white government reported us and the police came and arrested us in 1961,â€ he said.
He said the next morning the youths appeared at the magistrate court where they were found guilty and sentenced to 24 years.
Some of the people Mr Milungu met at Central prison while they waited to be transferred to Maximum prison included Munukayombwa Sipalo, Nalumino Mundia as well as Kenneth Kaunda.
He said while at Central prison, the prisoners were usually stripped naked and searched to ensure they did not hide any weapon each time they went back in the cells.
â€œKK was separated from the rest of the youths. But because we were many, we continued to sing and chant anti-colonialism songs despite the torture. We even tattooed our bodied with UNIP slogans as a campaign strategy,â€ he said.
After two years and six months in prison, on October 24, 1964 when Zambia got its independence, all the freedom fighters were released by the first president KK urging them to go back into society and start rebuilding the country.
A trained carpenter, Mr Milungu said he failed to find a stable job after his release and instead engaged in odd jobs to sustain himself. By the time he was getting married in 1971 at the age of 35, Mr Milungu said he had settled on being a security guard.
A father of five children and 11 grandchildren, Mr Milungu said he does not regret everything he went through as a freedom fighter because it was not in vain.
â€œThe Zambia we have today is not the country we grew up in. We are enjoying peace and other social amenities without fear. We have had five presidents and still we continue to enjoy peace for 50th years, that is something to be proud of as a country,â€ he said.
However, Mr Milungu, 78, who is also the chairperson of Freedom and Democracy Fighters Association for Lusaka province said Government should come up with an initiative to give allowances to freedom fighters as most of them are wallowing in poverty because they are no longer able to work due to old age.