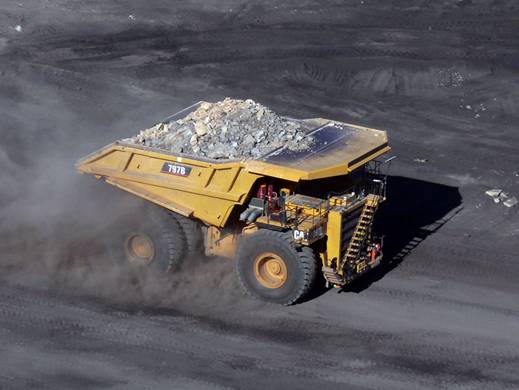 NKOMBO KACHEMBA, Kitwe
MINISTER of Mines and Minerals Development, Christopher Yaluma has urged mining houses to prioritise issues of safety in their operations to safeguard lives of the miners.
Mr Yaluma said there is need for mining houses to frequently train miners on safety to avoid fatalities in the mines.
â€œLet us look at issues of safety in the mines critically. Let us also uphold the training of employees on issues of safety every day. Safety is not something one can be trained in within a day,â€ he said.
Mr Yaluma was speaking in Kitwe yesterday when he paid a courtesy call on Kitwe district commissioner Chanda Kabwe.
He said Government will not tolerate fatalities in the mines and urged miners not to agree to work in unsafe envi-ronments to safeguard their lives.
â€œWhen itâ€™s not safe, you are at liberty to say I will not do it. We donâ€™t take chances with life,â€ Mr Yaluma said.
He said Government is saddened with the death of the four miners at Mopani Copper Mines in Kitwe and that it will be difficulty to replace them.
Mr Yaluma said there is need for the rescue team to quickly retrieve the bodies of the four miners for the bereaved families to be at rest.
He said the mine accident has traumatised miners at MCM and the entire mining community in Kitwe.
Mr Yaluma appealed to the bereaved families to bear with the government and MCM as they accelerate their search operations.
And Mr Kabwe said the team constituted to retrieve the bodies of the miners is working tirelessly.
â€œWe have put up a team which is working in shifts and they have made progress in trying to retrieve the bodies of the four miners,â€ he said.
Mr Kabwe said the mine rescue team is working with officers from the Mines and Safety Department to ensure that the search operation is incident free.
He said bereaved families are being briefed on search operations twice a day.