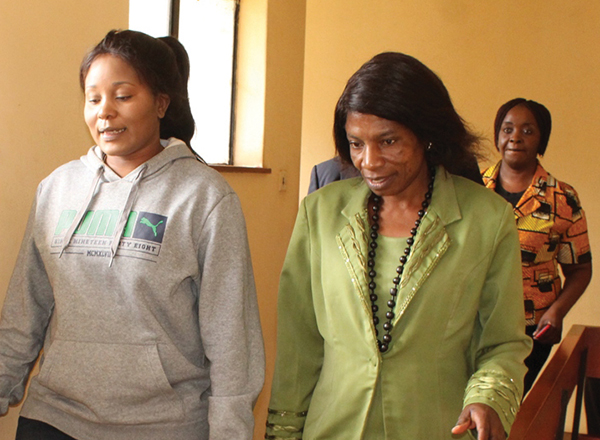 SHIKANDA KAWANGA,Livingstone & STEVEN MVULA, Lusaka
CHIEF government spokesperson Kampamba Mulenga has urged the Zambia Tourism Agency to work with the media in marketing the country’s tourism potential to the world.

Ms Mulenga, who is Minister of Information and Broadcasting Services, said most Zambians do not take time to visit tourist sites because they do not know that such destinations are affordable.

“Information is power and people don’t know about these things.
“The perception of every Zambian is that getting to Livingstone is very expensive, it’s important that these tourist attractions are advertised so that people see that the rates are affordable,” she said.
She was speaking in Livingstone yesterday when she paid a courtesy call on acting Livingstone district commissioner Harriet Kawina.
The minister is in the tourist capital to officiate at this year’s World Press Freedom Day which falls today.
Ms Mulenga also urged the media to do a lot of positive advertisements to help increase the number of tourist arrivals.
She said there is need to publicise local and international rates to get rid of the perception by Zambians that tourism is an expensive venture.
“These tourist attractions are not just for foreigners but they are for our local people too. It’s sad that people in the USA explain about the falls better than the local people because Zambians have not been there,” she said.
She also commended the media in Southern Province for being ethical and professional in their reporting.
Ms Mulenga also assured the media fraternity and the public that Government is committed to ensuring press freedom in the country.
“President Lungu’s Government passed legislations that other governments failed to pass. Our Government is committed to ensuring that the ATI [Access to Information] bill is enacted,” she said.
Ms Kawina said Livingstone has recorded an increase in tourist arrivals because of the prevailing peace in the city.
Meanwhile, Ms Mulenga says it is a viable recommendation to put founding President Kenneth Kaunda’s portrait on the Kwacha.
And co-patron of the Freedom Fighters Association Sikota Wina says putting Dr Kaunda’s portrait on the Kwacha is a good idea.
Commenting on a suggestion by Zambia Congress of Trade Unions president Nkole Chishimba during Labour Day celebrations on Monday that Dr Kaunda’s portrait be put on the Kwacha, Ms Mulenga said the suggestion is feasible.
“Dr Kaunda is our founding father, he is held in high esteem especially in the region. So, this suggestion will be brought to the attention of President Lungu and I know he will look into it,” she said.
And Mr Wina says some countries like Ghana have put the portrait of kwame Nkrumah on their currency and so it would not be odd for Zambia to do the same.
“My personal view, however, is that let the nation deal with this suggestion.
“It is a very good suggestion because the rate at which we the freedom fighters are being forgotten is alarming,” Mr Wina said.