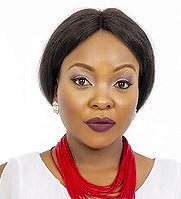 Analysis: CHANDA CHIME-KATONGO
THE Bank of Zambia (BoZ) estimates the gender gap with regard to access to financial services in the SADC region is around six percent in favour of men, while women make up over half of the unbanked population in Zambia.
Far from being a mere hurdle to economic growth, this disparity represents a significant market for various sectors – including finance – to tap into.
Though there is still plenty of work to be done, we have made remarkable progress toward bridging the gender gap in terms of women participation in leadership roles and the general economy.
Today, more women are taking up positions as leaders, employers, and influencers. To maximise the country’s benefit from this, key sectors of the economy such as the banking industry must take steps to cater to this growing market.
Banks have an important role to play in unlocking the immense capacity of women to make meaningful economic and social contributions through inclusive financial services.http://epaper.daily-mail.co.zm/