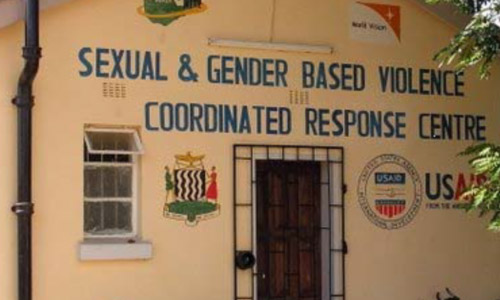 From CHOMBA MUSIKA in Choma
THE Non-Governmental Organisation Coordinating Council (NGOCC) says women who withdraw assault cases against their spouses are hampering the civil society organisationâ€™s quest to reduce the escalating cases of Gender-Based Violence (GBV).
NGOCC Southern and Western Provinces liaison officer, Faith Simukoko, said the organisation is saddened with the trend by most women to withdraw cases of domestic violence against their spouses before the law could take its course.
Ms Simukokoâ€™s comment come in the wake a 32-year-old woman of Pemba, who recently forgave her husband, Richard Mufalo, a police officer after he allegedly assaulted her.
Last week, constable Mafulo allegedly assaulted his wife, Jackline Musho, after a domestic dispute.
Ms Musho, who suffered deep cuts on her face, forgave her husband and returned to her matrimonial home.
But Ms Simukoko said the organisation is disappointed with Ms Mushoâ€™s action as it is a hindrance to the fight against GBV.
â€œThe case like Ms Mushoâ€™s is what is hindering our fight to end domestic violence among spouses. Most perpetrators are men and they usually beat their wives knowing that the victim will not report the matter to police and if it is reported, the cases are usually withdrawn,â€ Ms Simukoko said.
She, however, observed that most women endure abusive marriages as they lack means to sustain their livelihood.
â€œWomen withdraw cases as perpetrators are usually breadwinners and they fear to be impoverished in an event that their spouse is arrested,â€ she said.
Ms Simukoko appealed to Government to expedite the establishment of safe houses for GBV victims, especially married women.
â€œIn the new Anti-Gender-based violence Act, there is a provision of safe houses for GBV victims and Government should expedite the creation of these centres.
In the same Act, there is also provision for funds that can help economically empower victims of domestic violence,â€ Ms Simukoko said.

Scotland in with call for peace