TODAY, women world over, celebrate their day – International Women’s Day (IWD) – and it is time to take stock of their achievements because they have come a long way.
The day, celebrated under the theme: ‘I am a generation equality: Realising Women’s Rights’, comes on the 25th anniversary of the Beijing Declaration and Platform for Action.
Indeed it has been 25 long years since the 1995 momentous women’s conference in Beijing which draw up the document that is considered the most progressive blue print for the advancement of women’s rights.
The conference recognised that women deserved better than they get because of a lack of recognition of who they are and how much they put in whether at home or at places of work.
It is common to find some women taking on the role of men as providers, roaming the streets with their merchandise in the heat of day while their husbands are whiling away their time in drinking places.
Elsewhere, the woman toils in the field under the blazing sun with her children and the husband’s role is only to inspect the field in the form of a stroll later in the day and wait for the profits from the harvest. The wife has nothing to show for it.
In the workplace, the woman still has to fight harder than the man to make her way to the top, a situation that is also common in the political arena.
The 25 years that have lapsed since the Beijing Platform means that there is now a new generation of women who are also part of the campaign for the achievement of women’s rights.
Whether they are girls or women, they are covered by the campaign which seeks their advancement as individuals who belong to the nation and the global world at large.
There is, therefore, no need for experts to show that the gender gap has not narrowed, from the time the women’s movement first celebrated the IWD on March 19, 1911 in Austria, Denmark, Germany and Switzerland.
Because the objective whose aim is to achieve full gender equality for women is still far from being achieved, the women movement has continued with its campaign.
For example, experts indicate that 12 million girls are married off before the age of 18 because they are not as valued as boys while it is also said women in rural parts of Africa spend as much as 40 billion hours per year fetching water.
Out of the 195 countries of the world, only six countries have given women equal legal rights as men while 187 countries are said to practise gender discrimination, according to a recent Wold Bank’s Women, Business and Law Report.
On the home front, statistics show that women representation at local government level is at nine per cent while at Parliamentary level, it stands at 18 per cent.
The school dropout rate is pegged at 1.79 percent for boys and 2.33 percent for girls while the rates of child marriage range between 28 percent and 60 percent.
However, the campaign for gender equality in Zambia has recorded some gains, an indication that some deep rooted cultural practices that may hinder women from achieving their agenda are being positively challenged.
The nation has seen a number of women ascending to higher positions in both the private and public sectors, with the second highest office (Republican Vice-President) in the land being occupied by a woman.
This achievement does not mean the end of the fight. With the generation that has since come about, the fight for equality continues and the women now need to set their bar even higher so that they can achieve more.
At the same time, women should not be enemies of themselves but go alongside their colleagues and give them support so that collectively, they achieve more.
There is also need for women to continue speaking out against abuse, whether in the home or at the workplace, so that they achieve some positive strides.
And women, as mothers, should be the first to protect the rights of the vulnerable, like orphans and children so that they create a cadre of a generation that will rally on their side in championing women’s rights and in particular, equality.
Happy women’s day. 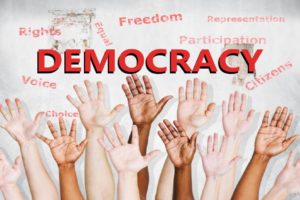 Democracy shouldn’t be this expensive 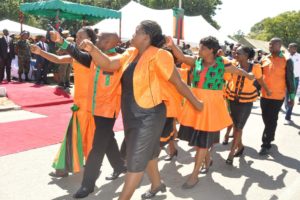 Heed Lungu’s directive
This is how it should be!