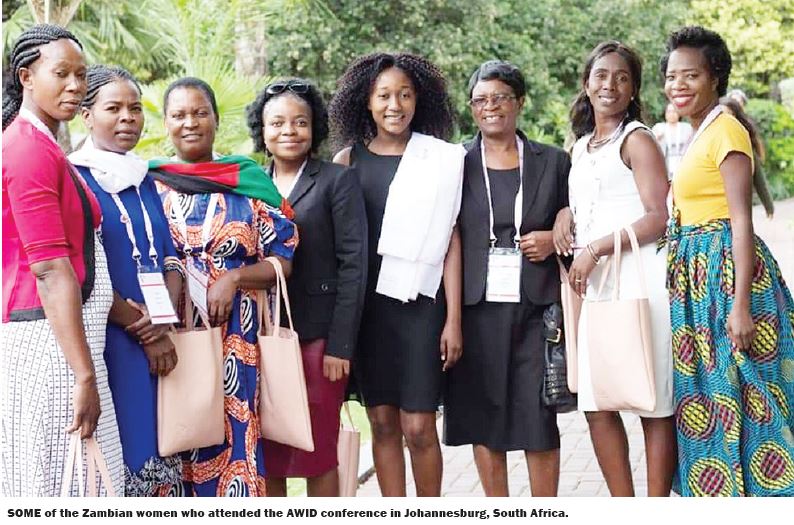 ZAMBIA has every reason to celebrate International Women’s Day, which falls today, going by the strides achieved in empowering the girl-child and the women.
The country has educated women to the highest levels possible. Zambian women have risen to key positions both in the private and public sectors as well as regional organisations such as the Common Market for Eastern and Southern Africa.
Zambia also has several women engaged in business and are competing favourably with the menfolk.
Due to the remarkable improvement of women’s affairs generally, most of them are no longer in the kitchen, once considered as their place.
Women have collectively gathered their intellectual wisdom and have taken up chores and jobs which were previously exclusive to men. In many instances, they have even performed better.
Women have taken up influential and decision-making positions at the highest level.
From judges and lawyers, permanent secretaries, chief executive officers in parastatals and private companies, to pilots, politicians, the clergy, bus and truck drivers, up to the vice-presidency of the country, Zambian women are proving their worth.
Some women are also running homes where their husbands are not in formal employment.
Despite these achievements, the women can do even better than heights reached so far.
With more of them changing their mindset, more would become more effective in contributing positively to their homes, communities, businesses, workplaces and the country as a whole.
One worrisome matter that calls for a quick change of mindset is that of “accepting” being abused. This is in homes as well as in workplaces.
Many women are still in abusive relationships and they conceal gender-based violence and child sexual abuse.
Some women – formally educated or not – believe a man has the right to abuse them.
Fortunately, there is a strong push to change all this. A lot has been done, but evidently a lot more still has to be done. Both men and women must be educated on the need for harmony and support for each other to achieve goals that are mutually beneficial.
As Zambia keeps this concern active, there is also need for the country to be more focused on clearly defining what should be achieved and how it must be attained.
In this regard, the theme for this year’s International Women’s Day is apt: ‘Think equal, build smart, innovate for change.’
As we have already stated, women and the girl child must think positively. They must believe in themselves to achieve what may seem impossible.
Fortunately, Zambia has a lot of examples of girls and women who are scoring big in various sectors. These role models should motivate others to realise that they are just as good as boys and men.
In achieving these goals, the women should be smart about it. They must also be innovative. Think outside the box.
The trailblazers may have already opened the doors for other women, but those that are following should always aim to set the bar even higher. That will help accelerate the pace at which women equal or better their presence in positive limelight.
It is important, too, that success is measured not only through those that get loft positions, but also through those that positively impact their communities in whatever way.
There are many hard-working women who in their ‘small way’ contribute to the “big improvement” of lives of others in their respective communities.
Such women must be encouraged through support that will expand their impact. Often, such women have great ideas, but fail to significantly expand their activities because of unavailable or affordable material and financial resources.
Women should also work on dispelling a notion that they are their own enemies in not supporting each other.
It is true that many women have held each other’s hands to improve their status but it could also be true that support for each other could be better. They should be building each other.
We also note the positive zeal shown by some traditional rulers fighting early marriages and getting girls back to school. This must be encouraged and supported because most of the success depends on the foundation set through school education.
The girl-child is in need of mentorship. It is, therefore, prudent for women-centric organisations to partner with the First Lady, Esther Lungu, and the Ministry of Community Development and Social Services to come up with or scale up mentorship and leadership programmes to support girls in their education progression.
Today’s girl-child is tomorrow’s woman. Despite all this, the country can commemorate the day knowing that collectively, we #BalanceforBetter.
Happy Women’s Day.