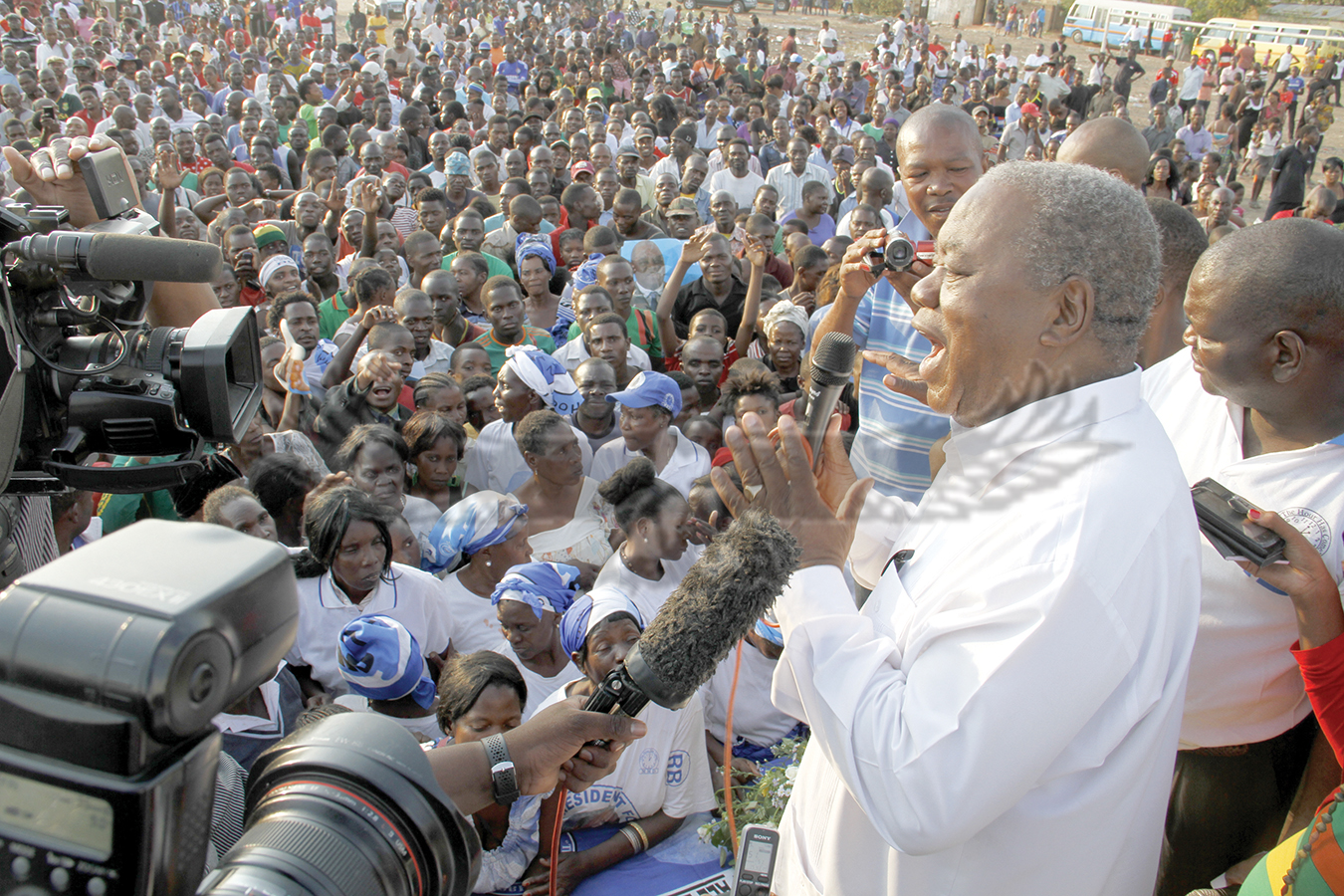 ALVIN CHIINGA, Lusaka
THE Law Association of Zambia (LAZ) says former President Rupiah Banda should no longer be entitled to his presidential pension and retirement benefits following his decision to return to active politics.
LAZ has also said that acting President Guy Scott can make appointments, discipline and remove persons in office but may not revoke any appointment made by the deceased President.
â€œLAZâ€™s position is that the decision by Mr Banda to stand for the position of president of MMD and his subsequent decision to campaign for the office of President of the Republic of Zambia constitutes an intention to an actual holding of an elective or appointive office,â€ LAZ vice -president Linda Kasonde said in response to a press query.
She also said that the question that needs to be carefully resolved is whether being nominated as presidential candidate in national elections amounts to holding elective or appointive office in a political party or organisation.
Ms Kasonde said that the phrase â€œholding elective or appointed officeâ€ includes a duty, charge or position conferred by a political authority.
She said according to the Benefits for former Presidentâ€™s Act Chapter 15 of the Laws of Zambia, pension and other retirement benefits for former presidents upon ceasing to hold office be entitled to tax free monthly pension at the rate of 80 percent of the incumbent Presidentâ€™s emoluments.
Ms Kasonde also said other benefits include a furnished executive house built or bought in Zambia by the State at a place of the former Presidentâ€™s choice.
When announcing his comeback to politics, Mr Banda said that withdrawing of his benefits would be tantamount to robbery.
And Minister of Transport, Works, Supply and Communications Yamfwa Mukanga said the law will take its course once Mr Banda files his nomination papers.
He said Mr Banda will certainly lose his benefits because the law is clear on former presidents who decide to return to active politics.
Mr Mukanga said Mr Banda should be playing the role of statesman and advisor rather than being in active politics.
â€œIf he wants to get into politics, then let him go ahead because as PF, we are ready to meet him on the battlefield,â€ the minister said in an interview yesterday.
And on the powers of the acting President on appointments, Ms Kasonde said LAZ is of the view that the acting President has the powers or assumes the functions of also transferring office-holders but may not terminate the services of appointed office-holders.
She said as regards the transfer of permanent secretaries by the Secretary to the Cabinet, Article 53 of the Constitution allows that actions of the former should be made on the instructions of the President or the person exercising the functions of the President.