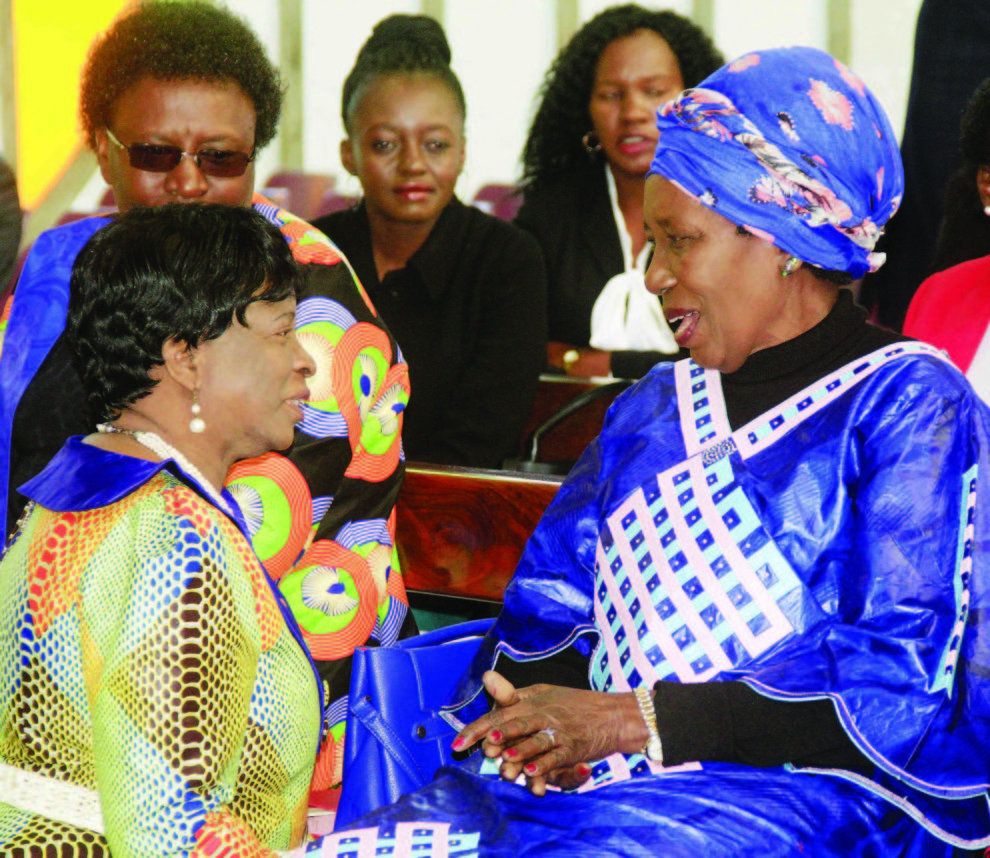 CATHERINE MUMBA, Lusaka
VICE-PRESIDENT Inonge Wina has directed the Ministry of Gender to spearhead the commemoration of the Widows Day, whose objective resonates with the goals of the International Women’s Day.

Mrs Wina said widows remain vital contributors to their families and societies despite suffering a great loss and facing many challenges as they journey alone.
She said this yesterday during the commemoration of the International Widows Day at the Anglican Cathedral of the Holy Cross in Lusaka under the theme ‘Never Alone’.
“According to the 2015 Global Widows Report by Loomba Foundation, the global affected population number is 258 million widows with 585 million children. Of these, 38 million widows live in extreme poverty where basic needs are unmet through many contributing factors, natural causes, and exacerbated by the AIDS epidemic,” Mrs Wina said.
She said the numbers continue to disproportionately increase and yet far too often, no strong collective voice speaks for their rights or calls for their protection.
Mrs Wina said many societies still relegate widows to positions of invisibility and marginalisation.
“Today as I stand here, I would like to urge the Church and all citizens to stand with the United Nations General Assembly in its resolution to affirm that widows must be granted the rights accorded to them under the convention on the elimination of all forms of discrimination against women and other international agreements,” she said.
Mrs Wina said the reality is that worldwide, the denial of universally recognised rights means that many widows end up destitute, with some failing to inherit assets even if it is essential to their survival.
She urged all advocates for gender equality to join in and raise the voice for the widows so that it is heard loud and clear, and steps taken to empower widows as part of the efforts to advance gender equality.