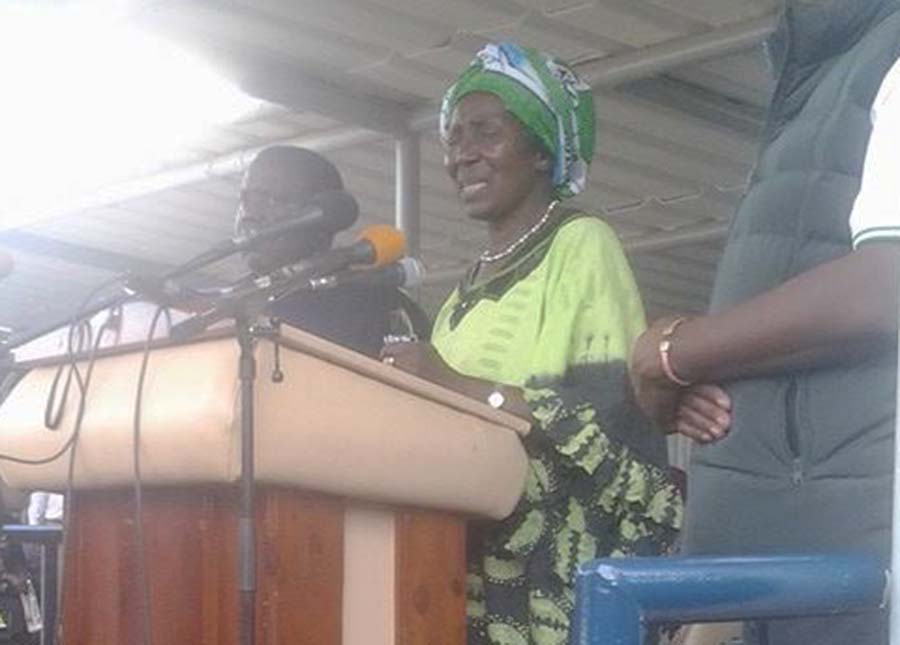 CAROLINE KALOMBE, Lusaka
PATRIOTIC Front (PF) national chairperson Inonge Wina has asked the Supreme Court to dismiss an appeal in which presidential hopeful Miles Sampa is contesting the declaration of Edgar Lungu as party president.
This is according to an affidavit in support of summons to dismiss an appeal and for multiplicity of actions filed in the Supreme Court by Mrs Wina.
Mrs Wina said there are two separate appeals in the Supreme Court pertaining to the matter of president of the PF,Â  which Mr Sampa is contesting.
She added that there are two parallel proceedings in the High Court resulting in two parallel appeals.
She submitted that apart from the appeals, there are pending contempt proceedings against six respondents, who include Mr Sampa, before the High Court.
Mrs Wina said the parties in the matters are the same and that there is a possibility that the Supreme Court is likely to come to two conflicting decisions over the same matter.
â€œI am also advised that the court disapproves of parties commencing a multiplicity of actions and procedures over the same grievance. I crave that this court dismiss this appeal for being an abuse of the process of court and multiplicity of actions,â€ Mrs Wina said.
And lawyers representing Mr Lungu have filed a notice to raise preliminary objections.
The lawyers contend that Mr Sampaâ€™s appeal is incompetent because it includes Bridget Atanga as she is no longer secretary general of the PF.
The lawyers argued that the appeal is misconceived, incompetent and an abuse of the court because Mr Sampa is seeking to enforce his rights acquired from an illegal election.
It was further contended that the election was outlawed by an injunction dated December 1, 2014 and that the order of injunction was â€œwantonly disregarded, disrespected and disobeyed thereby committing contempt of courtâ€.
â€œThat on public policy considerations, it is undesirable that people like the appellant who do not respect court orders or wish to benefit from an illegality should use the courts of law to advance their cause,â€ part of the affidavit reads.
They further added that it is undesirable that courts should be abused or used to resolve intra- party wrangles of private clubs and associations.
They submitted that the appeal is bad for duplicity as the reliefs sought are part of contempt proceedings before High Court judge Mungeni Mulenga.
Mr Sampa who has since been joined by Kasama Central member of Parliament Geoffrey Mwamba and Seleman Phangula have appealed to the Supreme Court contesting a judgement by Justice Mulenga where she dismissed their application to be added as defendants in a case in which Mrs Wina has sued PF secretary general Davies Chama.
The trio argued thatÂ  Mr Justice Mulenga misdirected herself when she held that they were incompetent to apply to be added as defendants adding that she had no inherent jurisdiction not to hear them on an inter parte application.
She dismissed the application adding that the trio could not re-open a matter which was fully determined and that the law is clear on how a matter can be challenged.