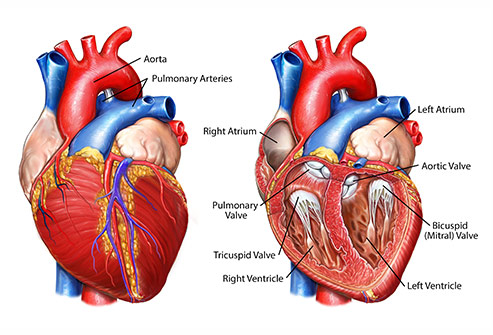 FRANCIS LUNGU, Lusaka
“MY HEART, your heart, our hearts,” was the 2018 theme for the World Heart Day which underscored the importance of people taking care of their hearts through healthy lifestyles.
Heart-related ailments, according to the World Health Organisation (WHO), claim eight million lives every year world over.
This statistic alone is reason enough for the health experts especially those dealing with heart conditions to express concern and call for more interventions to avert the situation.
During this year’s commemoration of the World Heart Day which fell on September 29, the Zambia Heart and Stroke Foundation (ZAHESFO) appealed for measures toward cardiovascular, hypertension and stroke-related diseases as they the major killer diseases in the world today.
ZAHESFO, which is a member of the World Heart Federation (WHF) emphasised the need for complementing Government’s effort in advocating for measures that would reduce heart-linked deaths.
Going by the number of people who die as a result of heart complications, there is more work to be done in this regard compared to 3.5 million lives claimed by HIV, tuberculosis and malaria combined, according to WHO statistics.
It is this concern that at the global stage, tobacco control experts, government ministers, United Nations agencies, civil society activists, gathered from October 1-6, 2018 in Geneva, Switzerland for the WHO-Framework Convention on Tobacco Control (FCTC) Conference of Parties (COP8) session.
The COP8 session on tobacco control hosted under the theme: “Protecting present and future generations,” discussed in the context of Sustainable Development Goals, the future of tobacco control on the road to a healthier and sustainable world.
ZAHESFO president Fastone Goma, a heart specialist, and lecturer in the School of Medicine at the University of Zambia, said correct information dissemination concerning different heart conditions is critical for prevention of deaths.
An array of causes of heart-related diseases and even a number of cancers such as chronic lung cancers have been said to be alcohol, bad eating habits and irresponsible lifestyle among others.
Nonetheless, Professor Goma, who is also the National Tobacco Control coordinator, says tobacco consumption is actually the main contributor to heart-related and many non-communicable diseases such as asthma, diabetes, chronic lung diseases and strokes.
Addressing the World Heart Day gathering at Lusaka’s We Create premises in Chawama constituency, Prof Goma said lack of knowledge by people on different heart conditions led to premature deaths.
“HIV/AIDS was highly talked about in the past and a lot of interventions were made [to scale down the prevalence rate]. The same should be done to cardiovascular, hypertension and stroke which are now the major killers in the world,” he said.
Prof Goma, who was part of the Zambian delegation to the COP8 in Geneva, said if efforts to mitigate this threat were not scaled up, 52 million deaths would be recorded by 2030 and that 70 percent of these deaths would occur in developing countries such as Zambia.
Ministry of Health (MoH) national tobacco focal point person, John Mayeya, who made his submission at a separate mobilisation meeting in Lusaka before travelling to Geneva for the COP8, said the involvement of communities in sensitisation programmes through health groups was important.
According to Mr Mayeya, tobacco-smoking trends were going down in the developed world while in poor and middle-income countries like Zambia, the numbers were increasing.
He however, said Zambia had demonstrated political commitment coupled with an active civil society and emerging local research towards tobacco control.
“Zambia has one of the lowest tax shares on cigarettes in the world and most tobacco farmers are trapped in poverty while tobacco companies are making huge profits,” he said.
Tobacco smoking being one of the major catalysts to spreading of non-communicable diseases, Prof Goma felt Zambia has an opportunity to enact into law the Tobacco Products and Nicotine Inhalants Control Bill 2018.
By having a law in place, Zambia would be in fulfilment of the WHO-FCTC, a global obligation to protect the public from the devastating health, social, economic and environmental consequences of tobacco consumption and exposure to tobacco smoke.
The WHO-FCTC came into being around 2003 and Zambia ratified to become party in 2008 but ever since the country has struggled to put in place a tobacco control law.
The WHO-FCTC was developed in response to the globalisation of the tobacco epidemic.
Experts noted that the spread of the tobacco epidemic is facilitated by a variety of complex factors with cross-border effects, including trade liberalisation and foreign direct investment.
Other activities fueling the tobacco epidemic are such as global marketing, trans-national tobacco advertising, promotion and sponsorship, and the international movement of contraband and counterfeit cigarettes.
The WHO-FCTC is an evidence-based treaty that reaffirms the right of all people to the highest standard of health.
According to Article 5 of the treaty, each party has an obligation to develop, implement, periodically update and review comprehensive multisectoral national tobacco control strategies, plans and programmes in accordance to the treaty.
Prof Goma points out that the effects of tobacco could be drastically scaled down if Zambia can enact the Tobacco Products and Nicotine Inhalants Control Bill 2018 to align with the WHO-FCTC Article 6 on measures relating to the reduction of demand for tobacco.
Article 6 indicates: “The parties recognise that price and tax measures are an effective and important means of reducing tobacco consumption by various segments of the population, in particular young persons.”
It is through increasing prices of tobacco and taxes that Government can discourage smoking but at the same time, rake in revenue from the tobacco industry through taxes.
On the other hand, Prof Goma said apart from the many health implications that tobacco had, including causing 40 different types of cancers, the struggles of tobacco farmers around the country were in contrast with the information that tobacco was a beneficial cash crop.
“The tobacco industry’s narrative suggests that growing tobacco leaf provides a good living for thousands of Zambian farmers. The results of a major survey of a nationally-representative sample of small-scale tobacco farmers and follow-up focus groups unequivocally demonstrate the opposite scenario,” he said.

Tagsshould care Why you your heart