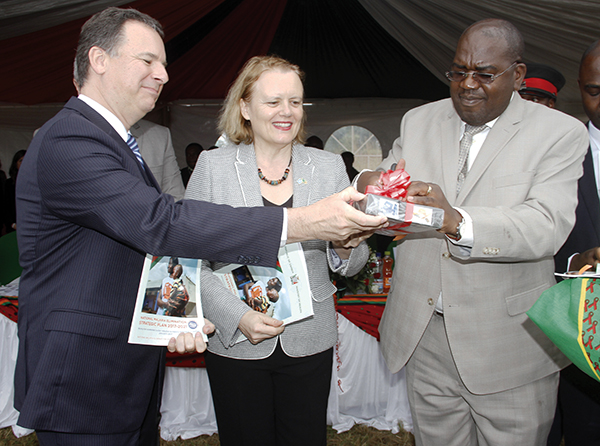 ARTHUR MWANSA, Lusaka
WORLD Health Organisation (WHO) regional director for Africa Matshidiso Moeti says the world’s first malaria vaccine known as Mosquirix to provide partial protection against malaria in children, will be rolled out through pilot projects in sub-Saharan Africa.

Dr Moeti said the vaccine is being assessed as a supplement to the existing package of the WHO recommended malaria preventive, diagnostic and treatment measures.
He said in a statement issued in commemoration of the World Malaria Day that the test phase of the vaccine is a milestone in the fight against malaria.
World Malaria Day is an international observance commemorated on April 25 every year, and recognises global efforts to control malaria. This year’s event was celebrated under the theme: ‘End Malaria for Good’.
Dr Moeti also urged malaria-affected countries and their development partners to boost investment in malaria prevention to propel countries along the path to eradicating the disease.
“As we commemorate this day, I call on countries to implement concrete actions across sectors, strengthen cross-border collaboration, and allocate adequate resources to end malaria,” Dr Moeti said.
He also said although commendable progress has been made, malaria remains a major public health and development challenge in Africa.
Dr Moeti said the pace of progress must be increased to reach the global target of at least a 40 percent reduction in malaria cases and deaths by 2020, compared to 2015 levels.
“We can achieve a malaria-free Africa with strong co-ordination, clear strategies and determined actions. In countries where the disease is widespread, efforts to reduce and eliminate malaria are increasingly viewed as high-impact, strategic investments that generate significant returns for public health, help to alleviate poverty, improve equity and contribute to overall development,” he said.
Dr Moeti said the 2016 world malaria report shows that between 2010 and 2015, the estimated new cases of malaria in the region had dropped by 23 percent, and deaths were down by 31 percent.