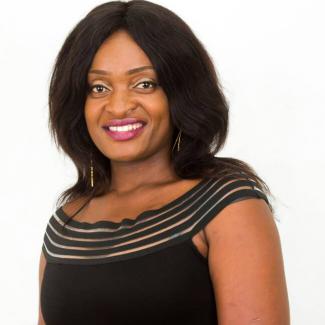 A FORTNIGHT ago former national women’s coach Aggrey Kabalata gave us his all-time Zambian men’s team. This week he takes another view by giving his all-time Zambian women’s team. Having coached the women’s senior national team before, his choice should be interesting.
Below is his take.
NELLY MUNAMONGA
The former Kabanana star is to me arguably the best of her era in the front court in that when fully conditioned, she possessed an array of fire power so vital in a modern era player.
Good ball skills and a high percentage three point shot coupled with well-developed fundamentals, she had a good command of the front court and was an excellent reader of the game.
DORIS SILUNYANGE
Doris played both netball and basketball and she managed the switch so well that at one point she played both disciplines simultaneously, a feature that was common those days when most parastatal companies sponsored an array of sports codes.
She was in my view one of the best midrange shooters the game has ever seen hence the perfect foil in that two position. In her prime, she was unmatched in her shot and would operate to near perfection in transition.
BAHATI NDUMBA
Well grounded fundamentals and a deceptive guile that underpinned her explosiveness and finesse with the ball. Her reading of the game is exceptional and makes for inclusion and though quiet, her game performance spoke for her.
TARA ATALABI
She is probably the best ever to play in that spot for the national team being one who was comfortable with the ball, undoubted skill on the post play and very mobile in the paint.
A dream partnership with my next pick Regina Sokoni at centre would be unstoppable and compete with the best in the region.
REGINA SOKONI-KAPATA
When drawing up the starting five both at national team and club level, Regina and Tara would probably be first on the list and the rest would have to fight for the remaining slots.
I think this was true of a lot of coaches when it came to her and like Silunyange, Kapata played both netball and basketball and with considerable ease.
Incidentally, the two played as club mates for the then Zambia State Insurance Corporation sponsored Premium Nets.
One of the greatest of all time of the centres in the women’s game, her repertoire of skills so required of her position was a joy to watch on the post up play. She mastered the post play to the level of an art form which is a tough act to follow.
SUBSTITUTES
Muketoyi Wakumelo
Maggie Siame
Elina Zulu
Catherine Musiwa
Pamela Mukonde
I must say in closing that there are quite a number that can make this selection but only ten slots are available.
But I have deliberately selected on the basis of well-rounded skill sets and the ability to adapt. I believe these can match any selection out there with ease.
Have a blessed week! mdkaona@gmail.com

U-17 should not lose heart