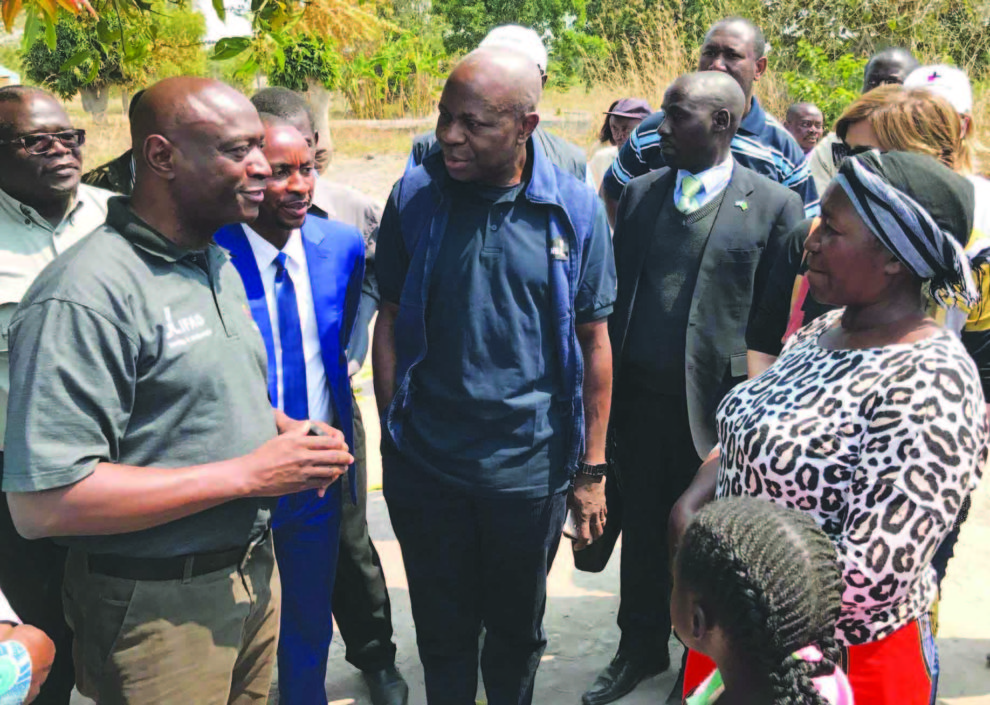 DOREEN NAWA, Kasama
SO, MOST rural people in Zambia are still looking for the rain god?
But with the current global climatic change, the rain god may not answer to their call.And in times like these, conservation agriculture (CA) seems to be the way to go. It is a simple science that will increase yield.

Use of dry grass and other plant residue to conserve water under the soil and to prevent evaporation, zero tillage will boost productivity and food security.

In many parts of Zambia, as well as Africa, stagnant productivity, population pressure, environmental degradation and the threat of climate change suggest an increasingly bleak future for millions of families whose livelihoods depend on farming.
To mitigate these effects, some people of Muchinga, Luapula and Northern provinces in Zambia have adopted conservation agriculture and they are a living proof of what the methods can do to improve yields in the face of changing weather patterns.
In rural Kasama in Northern Province, life is hard, especially for smallholder farmers.
Each year, they struggle to get a decent yield to provide food for their families and generate income.
According to Ruth Chileshe, a small holder farmer of Lwabwe community, located over 30 kilometres from Kasama town, her annual yield has tremendously increased since she abandoned making ridges and adopted conservation agriculture in 2015.
They learnt about this technique of conservation agriculture from an International Fund for Agricultural Development (IFAD) agriculture extension officer who visited them shortly before the planting season in 2015.
Programme Co-ordinator for Rural Finance Expansion Programme (RUFEP), an IFAD-funded project, Micheal Mbulo says conservation agriculture decreases soil erosion, leaching of fertiliser, pesticides and herbicides into the ground water, thereby improving soil fertility and yields.
Mr Mbulo says the reason the rural populace experience low yields annually is the slow adoption of modern farming methods, which, despite being hailed as the panacea for food security have led to decreased crop yields.
The rural farmers, who form the bulwark of agricultural production in Zambia, can hardly afford expensive farm inputs or improved seeds.
That is why the idea of conservation agriculture becomes handy for them.
“Conservation farming is not expensive, preserves soil structure, utilises soil nutrients effectively and does not rely on rainfall to grow crops. I want farmers to understand that solutions are within reach, practical and affordable. I would also like them to learn about Conservation farming as the next frontier in farming that will extricate them from cyclical poverty. They don’t have to use fertilizers or tractor to produce their desired yield,” Mr Mbulo says.
Because of the global climatic change, in dry areas like most rural parts of the country, the little rain that is available seeps into the ground before crops make use of it. In the end, farmers harvest little despite cultivating large tracts of land.
Currently, in Kasama’s Lwabwe and Nkolemfumu, the conservation agricultural work is at inception stage. A few farmers have embraced the idea purely on experimental basis with positive results.
Abel Bwalya, a conservation farmer in Nkolemfumu area says the reason there is so much hunger in his area is that people rely on rain to grow crops.
Mr Bwalya, 46, says he could see water going to waste during the short rains, followed by biting drought.
But now, Mr Bwalya has established an all-year-round field where he is practising conservation agriculture on the Kansobe River just half a kilometer away from his home. On this field, he plants various crops for consumption and for sale.
For Mr Bwalya, agriculture is a business, and from the time the method was introduced, his thinking towards agriculture has changed. Some members of his community have also changed their perception of agriculture and do not take it just as a way of feeding their families.
On his demonstration farm located over 65 kilometres from Kasama town, Mr Bwalya is introducing other farmers in the village to new and innovative methods of farming.
The method of conservation agriculture enables farmers to improve their annual yield from one to 1.5 tonnes per hectare to between four and seven tonnes per hectare last year.
“The results of conservation agriculture gave a lot of hope to the farmers. Now more farmers are asking to learn how to use conservation agriculture to improve their skills in agriculture and reduce poverty as well as ending hunger in homes and the communities as a whole,” Mr Bwalya says.
Farmers in Kasama face many problems. A number of farmers take the subsidised fertiliser and seeds from Government while other get loans from micro-financing to buy seeds, fertilisers and pesticides.
They have to pay monthly interest rates of over three percent but are forced to sell their produce at a low price in order to repay the loan.
For a long time, agriculture activities in Luapula, Muchinga and Northern provinces have always centered on subsidies.
“Before I entered into conservation agriculture, my life was very hard, I was putting in a lot and getting nothing whenever I harvest. I was getting fertiliser subsidies but my yields were getting lower each year,” says Mr Bwalya.
“But one day, an extension officer came to teach us about the new method of farming. I compared the conventional method of farming to conservation and I was so impressed with the yield from the two Lima where I had practised conservation farming,” Mr Bwalya adds.
Conservation agriculture has made it easier for the smallholder farmers in Kasama’s Lwabwe and Nkole mfumu communities in Paramount Chief Chitimukulu’s area.
Now that they have seen the benefits of conservation agriculture, the farmers in these two areas hold meetings to share their knowledge and experience with other farmers.
One of the participants Lugwalo Muchanga, is one of the pioneer farmers in cassava growing.
She says intercropping and crop rotation that was taught to them by an extension officer has yielded positive results in their way of farming.
Many young people see no hope for the future in their villages and go to towns in search of work.
Now that the rain gods seem not to answer the villagers’ prayers any more, increasing the productivity and resilience of smallholder farming systems is a huge challenge that will require significant and sustained technical, financial and political support and action at both the national and local levels.
However, a handful of low-cost and local approaches such as conservation agriculture could go a long way towards beginning to address this critical challenge and improving the livelihoods of smallholder farmers across the country.