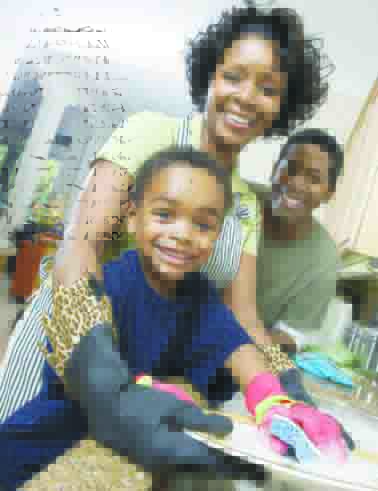 GENDER FOCUS with EMELDA MWITWA
A FRIEND of mine persuaded me to write about the growing trend by parents to bring up ‘good for nothing’ sons and daughters.
These are boys and girls who have no foresight and care less about what they will become in future when adulthood catches up with them.


Normally, parents need to instil a sense of responsibility in their children to help them become independent later in life, capable of looking after themselves and their offspring.
But sometimes affluence which children should take advantage of to prepare for a better tomorrow becomes a curse to some when they are not properly guided on how to use the privileges of life.
What am I talking about? Perhaps let’s pick it up from here:
The economic growth that Zambia has been enjoying for about two decades has bequeathed some level of comfort on a good number of families.
For your information, Zambia graduated from a low-income country to a lower middle-income economy. According to World Bank calculations, this means that gross national income (GNI) per capita ranges between $1,026 and $4,035.
Borrowing from experts’ views, GNI in simple terms, is made up of the total value of production within the country (gross domestic product), salaries, property incomes and earnings from Zambians working abroad.
For some families, this has culminated into a change of lifestyles for the better. Many can afford to go out for leisure, buy television sets and pay for digital satellite television (DStv). Others have enough money to engage domestic workers such as house maids and garden boys.
In the former times, most children grew up doing house chores such as cleaning the house, cooking, doing laundry and cleaning their surroundings. Watching television was a short stint usually in the evening on the national broadcaster before MultiChoice and other paid-for television came on the market. Those who had video cassette players had more time to watch television during the day, but these were the privileged few.
So, children had enough time to do house chores, school homework and studying too.
Not many households depended on domestic workers, therefore parents had no choice but to teach their sons and daughters to do domestic work.
Now that a considerable number of Zambians can afford to hire maids, children are growing up depending on domestic workers for everything.
Oftentimes you would hear maids complain that they are made to do loads of laundry for teenage children who are good at nothing but eating and watching television.
In some cases, children depend on domestic workers to wash their undergarments. The ideal situation in the Zambia that I used to know, teenagers would do their own laundry and also help with cooking when they are not in school.
During school holidays, they would go an extra mile in their domestic work, and this is no child labour, but a normal way of raising children.
But from the foregoing, children spend most of their time watching television, sometimes at the cinema or shopping mall, at the detriment of their education.
Those who care to observe what happens at the shopping malls, Lusaka in particular, schoolchildren are hanging out there to engage in mischievous acts such as beer drinking and casual sex.
Sometimes the dressing by girls leaves much to be desired, especially with the surge in cases of sexual violence.
Recently, police arrested boys and girls of school-going age who were found having fun in the car deck at Levy Business Park with different brands of beer, which by law shouldn’t be in their hands.
Apparently the top deck is a hidey-hole for mischievous and inappropriately dressed children during weekends. I would not be surprised to learn that those girls change into decent clothes before going back home.
Anyway, there is nothing wrong with using one’s leisure time on recreation or entertainment, but children should be guided to strike a balance between work and play.
Schoolwork tends to suffer when children engage in too much play.
When this happens, the obvious outcome is poor school results and a bleak future for children who had the opportunity to prepare for a better tomorrow.
In such situations, the real culprits are parents and guardians who in their effort to give children a comfortable life, end up spoiling the young ones.
Some parents overly want to give their children the comforts of life they never had, while others raise up lazy children in the name of modernity.
Too much money and excessive rights and privileges for immature people churns out school dropouts, alcoholics and drug addicts.
And when misfortune strikes and such children happen to lose their parents, they find it difficult to fit in other homes where discipline is strictly enforced.
Sadly, as parents we go about spoiling our children as if we own our lives.
The point is, parents should socialise children to the real Zambian way of life.
Whether rich or poor, male or female, children should be able to do house chores, including laundry and cooking.
They should grow up bearing in mind that they need to prepare for an unpredictable future by working hard in school.
When they play, they should do so in moderation to give room to schoolwork.
Children should know that there is a time to live under dad and mum’s roof and there is also a time to move out and fend for themselves.
Some adults remain forever dependent on their parents, even after marriage, because of poor preparation for the future or lack of it.
emeldashonga@yahoo.com/eshonga@daily-mail.co.zm Phone 0211-221364/227793