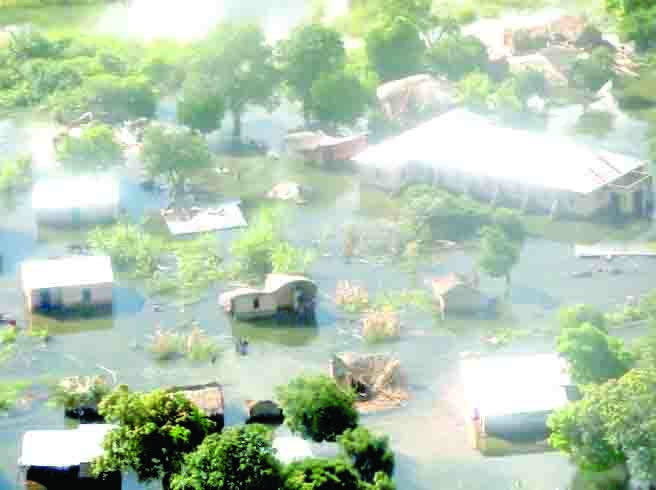 VIOLET MENGO, Lusaka
THE northern part of Zambia was recently hit by floods, with parts of Luapula Province experiencing the worst flooding since 1949.
The floods left a trail of destruction in Samfya, Mansa, Mwense and Chembe districts. Many crop fields and houses were destroyed, threatening people’s livelihoods.
Chota Mulenga, a mother of three who lives in Chembe district, lost her chickens and crops to the floods.
“My house is no more. Nothing is left,” she said. “All my food crops have been washed away.”
Chota and her children moved in with her elder sister as she awaits Government to find a temporary settlement for her family.
Chola Chileshe, another resident of Chembe, had her house submerged in floodwaters.
With tears in her eyes, Chola explained that her house, built of mud and thatch, has been destroyed and her belongings are buried under the rubble.
Like Chota, she too now lives with her relatives.
“I lost everything, my maize and cassava fields were completely washed away such that I cannot get anything from the field once the water dries,” she said.
Several other families were left homeless after their houses were swept away by the raging floods.
The stories of Chota and Chola reflect the fact that women and children are the worst affected in the initial phase of an emergency such as floods.
Many women and children in the flood zones need special care and protection. When the flood and the water levels rose in Chembe, the women and children were evacuated to CLICK TO READ MORE