MEMORY MANINGA, Mansa
CHIEF Mabumba of the Ushi people cannot wait to have his chiefdom declared open defecation-free (ODF), so he has decided to have his way

through a public decree.
Like other chiefdoms in the country, people in Chief Mabumba’s area in Mansa district practise open defecation either because they have no toilets or they see the construction of a toilet as a luxury.
Open defecation is still a huge challenge in rural communities. Many people that live in these areas do not see the importance of having home-based toilet facilities.
They are accustomed to using the bush to answer the call of nature.
This behaviour has dismayed Chief Mabumba, who now finds the habit awkward and embarrassing.
“It is embarrassing that up to now, my chiefdom is not open defecation-free. This is clearly unacceptable and I will not allow it to continue. That is why I have put some measures in place to ensure that this status changes soon,” Chief Mabumba says.
In an attempt to promote good sanitation and public health at village level, the traditional leader has made it mandatory for every household under his jurisdiction to have a pit latrine.
Enforcing the chief’s decree are the village headmen who have been assigned to encourage every household to build their own latrine.
Chief Mabumba says he is happy with the progress that has been made so far. He is confident that soon his chiefdom will attain ODF.
“My headmen have been working tirelessly educating and sensitising people in their villages. I feel we are getting there because people are taking the issue seriously and building their own pit latrines for use,” Chief Mabumba said.
Zambia is one of the countries in Africa that is lagging behind in terms of access to sanitation and hygiene services.
According to recent statistics by the United Nations Children’s Fund (UNICEF), about 50 percent of people in Zambia lack good sanitation.
This is a major concern as waterborne diseases arise from lack of clean and safe drinking water and poor sanitation.
Government, in collaboration with other stakeholders, are making efforts to help rural communities in the country become open defecation-free by 2020.
The Scaling Up Nutrition (SUN) project being implemented by the National Food and Nutrition Commission (NFNC) is also working towards addressing the challenges of water and sanitation in Mansa district and other parts of Luapula Province.
The organisation is working with local authorities through the Ministry of Local Government and Housing to implement the programme.
Innocent Lungu is SUN water and sanitation coordinator for Mansa district and he explains that under the water and sanitation project, chiefs are being trained to advocate for the use of toilets in the villages.
They are expected to share the lessons learnt with their subjects as a way of championing public health.
Under this programme people are also being sensitised on the importance of washing their hands after using the toilet to prevent diarrhoeal diseases.
“We have first engaged the chiefs because we know that they are agents of change. We have trained them in ODF and so far, we are happy with the response and commitment to champion this endeavour.
“Already a positive response has been recorded in various chiefdoms and we are optimistic that if we continue on this path, open defecation will completely end in rural areas,” Mr Lungu said.
Mansa district has a total of eight chiefdoms and only Chief Chisunka’s territory has celebrated ODF.
And expected to join the ranks of Chief Chisunka soon are Mibenge and Mabumba chiefdoms which have attained 87 and 78 percent respectively usage of pit latrines.
“We have Chief Chisunka who has already celebrated ODF and we are also expecting two other chiefdoms which are Chief Mabumba’s chiefdom and the Mibenge chiefdom to celebrate.
“Currently the Mibenge chiefdom is at 87 percent and Chief Mabumba is at 78 percent. Once they are above 90 percent, we can declare them free from open defecation and they can celebrate,” Mr Lungu said.
Gertrude Chibwe, head of Lukupwa village in Chief Chisunka’s chiefdom, has seen the benefit of having a pit latrine at home.
Ms Chibwe says diarrhoeal diseases in the area have reduced drastically because each household has its own toilet.
“Diarrhoea cases in my village and the chiefdom at large have reduced. I’m glad that the chief made each one of us build toilets because if we didn’t, we could have continued suffering from water-borne diseases,” she said.
Meanwhile in Samfya district, two chiefdoms have been declared open defecationfree by the Samfya local authority.
Samfya district water and sanitation coordinator Patrick Bwalya says all the households in Mpundu and Mulonga chiefdoms are using smart pit latrines.
“In Samfya, we have Mulonga and Mpundu chiefdoms that now have safe and clean pit latrines. By that I mean the pit latrines they have built have clean floors and hand washing facilities,” Mr Bwalya said. 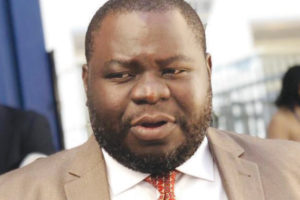