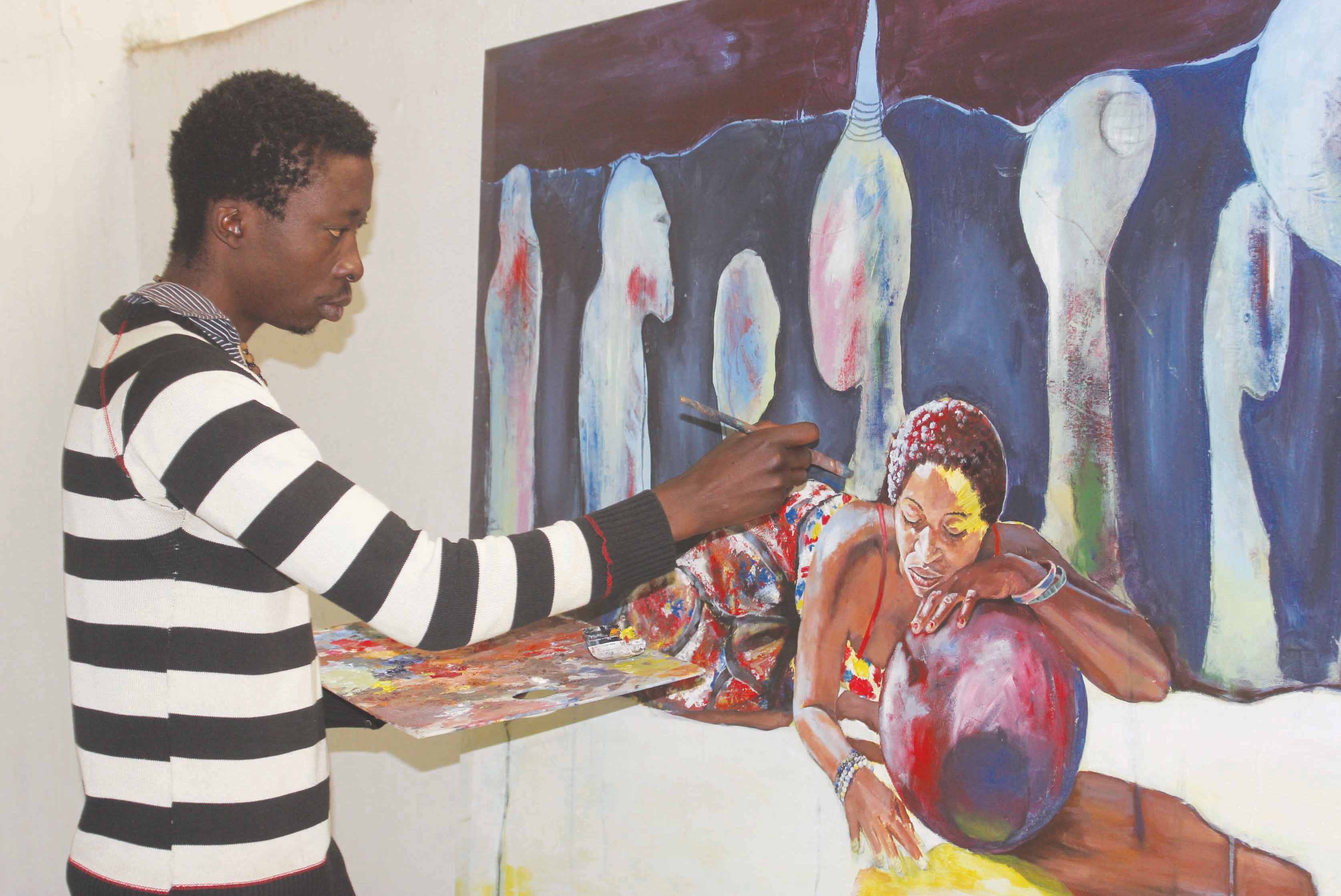 arguably the most active, and perhaps the most interesting.
Some of the group members include Visual Arts Council of Zambia (VAC) chairperson Mulenga Chafilwa, art writer and scholar Andrew Mulenga, Stary Mwaba, Geoffrey Phiri, Calen and Caleb Chisha, Nukwase Tembo, Mwamba Mulangala and Chande Kapundu, among others.
With the group having some self-styled art critics, it is fairly representative of the Zambian artscape.
Although the name and emblem of the group keeps changing now and then, the members remain resolute in discussing art.
In its infancy, Callen Chisha aka Twice, posted a funny and somewhat kitsch video in the group.
Within minutes of the posting the said item, Ng’andwe reacted: “This group is not for sharing such jokes, it is created for discussing art; jokes will not be allowed.”
Ng’andwe set a tone for other members of the group to post art – related themes.
Since then, the members have been sharing their works and discussing them in a healthy manner including congratulating each other on the skill and execution of works.
The group has so far been effective in enhancing the flow of ideas between member artists. Sometimes, members agree to disagree on certain options and subjects, but I guess that was Ng’andwe’s idea for creating the group in the first place.
Perhaps, the most interesting debate in the group has been the discussion of good and bad art; a subject provoked by Geoffrey Phiri.
“If we have to objectively discuss art, then we should accept that there is good and bad art,” he posted.
Geoffrey’s notion received diverse reactions from other members with some bluntly saying some art is good while some is bad.
But one member offered a more insightful response saying that while it is relative to judge what is good or bad art, it is vital to create art that has a purpose and communicates to society.
Anyway, the subject of art is a complex one; and being an artist can even be more complicated.
The first step to tell if it’s good art one should understand the artwork itself and separate that which is created to be appreciated primarily for its aesthetic appeal and one that rides more on concept rather than aesthetics.
Perhaps, classic examples of such works would be Mona Lisa by Italian renaissance artist Leonardo da Vinci and The Scream by Norwegian expressionist Edvard Munch.
These are some of the important works in the art history, and yet, one artwork has a rare penchant of aesthetic features and the other one is seemingly naive.
How could the “Fountain” by French artist Marcel Duchamp and the performance “How to explain pictures to a dead rabbit “by German artist Joseph Beuys, which do not necessarily ride on aesthetic value but define important developments in art, be appreciated?
While appreciating the aesthetic and imaginative features of art, the ideological and conceptual output is equally vital.
Maybe that can be up for discussion on the WhatsApp group.