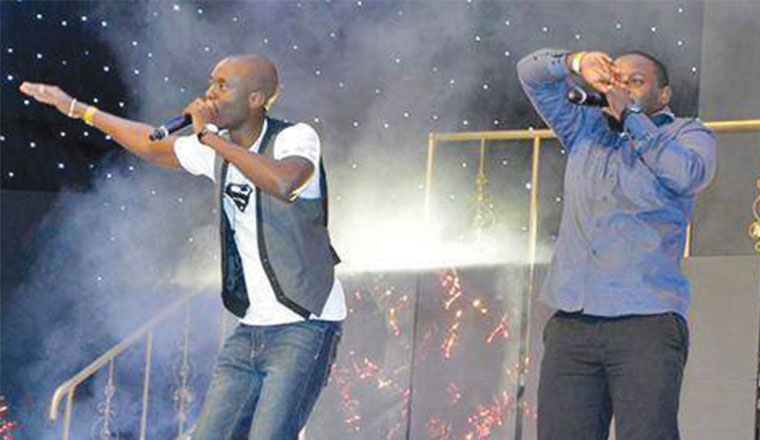 June 19
ORAM Investments and Owas Crystal Films will premiere a Zambia-Malawi film titled â€˜Chendaâ€™ at Freshview Cinema Levy Park in Lusaka. The cast and crew include Owas Mwape, Flora Suya, Mingeli Palata, Adorah Mwape, Dambisa Lunda, Lisa Njovu, Didzwani Daka, Zodwa Khumalo, Chilala Mainza, Karen Sinyanjabu, Catherine Soko, Michael Botan and Donald Phiri.
***
POMPI will be performing at Mukuba Hotel in Ndola as part of his â€˜Broken Englishâ€™ album tour. The supporting artistes are Musubila, Crazy Fish and Flow1ne. Charges are K100. The show starts at 19:00 hours.
June 19 – 20
DEMOLISHING Democracy, a play by Yezi-Arts that focuses on the problem of human settlement leading to illegal settlements, which in many cases also result in demolitions, will be showing at Metro Cinemas, located at Lubambe Shopping Centre in Kitwe.
June 20
THE Baobab School of Lusaka will be holding a fundraising concert for Game Rangers International. The line-up for the concert includes Cactus Agony, Diamond White, SebastiÃ©n Dutch, Bright and Stick and the special guest Daniel Baron. Baron is a South African-born singer/songwriter and performing artist with eight radio hit singles including the Top 40 smashers, â€˜So Much Moreâ€™, â€˜All Over Nowâ€™ and â€˜See Thruâ€™, the collaboration with Lize and â€˜Not Hereâ€™ featuring rap star ProVerb. Gates will open at 16:00 hours. Charges are K50.
***
BEN and Kiki will be performing live at The Web on Kafue Road in Lusaka, located between Mitsubishi Motors and Investrust Bank. The show will have some added magic to celebrate Kikiâ€™s upcoming birthday. Charges are K50.
June 21
POMPI will be performing at the Mist Gardens in Kitwe as part of his â€˜Broken Englishâ€™ album tour. The supporting artistes are Musubila, Crazy Fish and Flow1ne. Charges are K100. The show starts at 15:00 hours.
June 21 – 27
THE fete de la Musique (World Music Day), an annual music festival celebrated by over 110 countries, is on at the Alliance Francaise in Lusaka. The music day allows the expression of all styles in a cheerful atmosphere, giving an opportunity to communicate and share a very special moment through music.
June 26
THE Smugglers Inn in Lusaka will play host to Dr Dreâ€™s son, Curtis Young, Australian-based Zambian hip-hop artiste CRI$I$, aka Mr Swagger, Portia Clark, Chef 187, Wilz – Mr Nyopole and Shyman Shaizo. The show starts at 19:00 hours. Charges range from K50 to K200.
***
THE Sugarbush CafÃ© at Sugarbush Farm in Leopards Hill, Lusaka, re-launches Sundowners. Entertainment will take place in the form of a couple of epic acoustic sets. First in the line-up is a Lusaka legend, who has been serenading patrons for many months now – Ben Thurairatnam. He will be giving a cool, vibey collection of acoustic tracks. After that, there will be an incredibly talented group called Concentus.
Tickets are on sale at The Deli for K50.
June 27
THE Nativez Pop Africa Music concert is on at the Lusaka Playhouse. Musicians expected to perform include Ariel, Mag44, Wezi, Olivia, Bâ€™Face and Bongani. The show will run from 18:00 hours to 20:30 hours. Charges are K50.