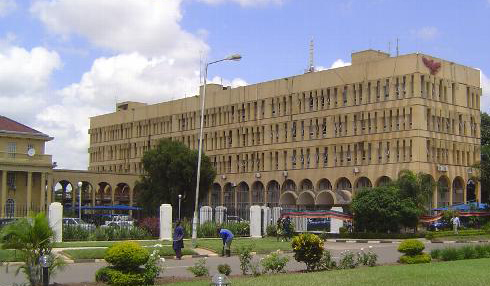 GOVERNMENT’S liquidity situation is very tight. Due to the limited financial resources, Government must use prudently what it generates so that the country does not default on its debt obligations. Government has found itself in this situation of the tight fiscal deficit expenditures turned out to be more than the revenue generated.
Meantime, Government is in a hurry to develop the country for the benefit of all citizens across the country.
Money is needed to fund infrastructure development as well as fund service delivery.
If care is not taken, Government may channel resources to domestic projects or non-critical causes and end up defaulting on loan obligations, hence the emphasis because the problem is real.
Government’s fiscal space must continue to grow, and this can only be achieved by ensuring macro-economic stability and maintaining debt within sustainable levels.
Government procured debt for development, which is one of the many financing options at the disposal of the State.
But there is need to begin to dismantle the debt, and austerity measures are the way go so that Government saves money to go towards debt servicing and other areas.
Therefore, the instruction by the Secretary to the Cabinet to Accountant-General Dick Sichembe to ensure that austerity measures are implemented and monitored is an important and timely call.
Monitoring the implementation of austerity measures will ensure that Government has an idea of how much savings are being made and also how much wastage has been reduced.
There’s a popular adage which says: “what you don’t measure cannot improve.” Strict monitoring by the Accountant-General will bring about improvements in the long run.
Secretary to the Cabinet Simon Miti is the senior-most permanent secretary in Government. And the chain of command in the civil service is such that the senior permanent secretary [Dr Miti] is in charge and accountants like the Accountant-General, who is at permanent secretary level, cannot disobey instructions from superiors.
The Accountant-General is responsible for disbursements or authorising payments for the line ministries and should be on top of things by ensuring that austerity measures are adhered to.
Adherence to the austerity measures is critical for the economic recovery of the country.
During the official opening of the National Assembly about a fortnight ago, President Edgar Lungu directed Dr Miti to meet permanent secretaries and senior government officials monthly to inform the civil servants that in view of the current economic situation, Government needs to work more prudently, and to do so, the focus should be on “managing for results, by doing more with less”.
President Lungu said this is the new mantra that his government is working with at all levels.
He emphasised the need to dismantle the debt, while curbing further accumulation of arrears.
President Lungu has directed those tasked with the responsibility of managing this debt stock to ensure that stringent measures are actively implemented.
Dr Miti is, therefore, implementing the Presidential directive by liaising with relevant ministries such as the Ministry of Finance, where the Accountant-General is based.
The Ministry of Finance is charged with disbursing funds for operations and if strict adherence of the austerity measures is implemented, then the treasury will once again start breathing.