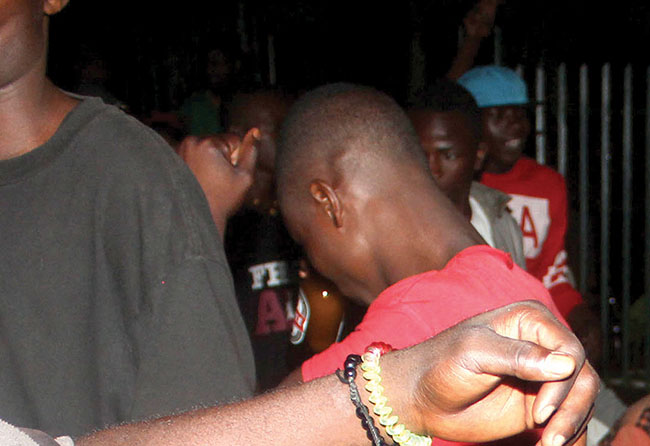 YOUNG people are a vital part of society; they are the basis for future development.
Young people are social actors of change and can serve as a pressure group to lobby governments in defining their priorities.
It has also been clearly stressed that youths are not only the leaders of tomorrow, but partners of today, because by virtue of age they have a stronger mental power to innovate.
This is why Irish author Jonathan Swift said, â€œInvention is the talent of youth, as judgment is of age.â€
Youths therefore have a responsibility to contribute to the well-being of the country now and in future when they take over the leadership mantle.
However, for youths to be able to make meaningful contributions to affairs of the country now and in future they need to exhibit high levels of discipline, hard work and determination.
We are however taken aback by the behaviour exhibited by some of our young people who swamped shopping malls during the Christmas period.
Last Saturday and Sunday security guards had a stressful time trying to control swarms of children who had gathered at Levy Mall and wanted to ascend to the upper parking deck to have â€˜funâ€™.
The Zambia Daily Mail reporters who visited the malls found unruly teenagers, most of who looked drunk, gathered in numbers with security guards struggling to maintain order.
The teenagers, who were making noise demanding to be allowed entry into the shopping mall around 18:30 hours, caused commotion for the late afternoon shoppers as they refused to leave until they were allowed in.
When the security guards eventually allowed them to enter, the teenagers started running into the shops forcing owners to close down.
What is more worrying is that these teenagers as young as 12 years do not only patronise malls but also engage in illicit activities, a trend which has become common on weekends and holidays.
Christmas was therefore an opportunity for these young people to engage in drug abuse, alcoholism and prostitution.
A security guard at Manda Hill Mall revealed that teenagers have on many occasions been caught smoking, drinking and engaging in immoral body contacts on the upper deck car park.
This is indeed depressing considering the role youths play in the life of a nation.
If young people spend most of their time abusing alcohol and drugs, among other illicit activities, one wonders if they have time left to engage in productive activities beneficial to the country.
One shudders to even imagine these young people as future leaders of this country. What kind of future is our country going to have?
One also wonders whether these children come from homes with parents and guardians.
Parents and guardians need to wake up from slumber and provide moral guidance to this young generation before we lose it completely.
According to Proverbs 22:6, parents have a responsibility to train up a child in the way he should go, so that even when one is old, he will not depart from it.
The high moral decadence among our teenagers is an indication of the weakening institution of marriage and waning family values.
It is unfortunate that some parents have themselves set bad examples for their children and have therefore stripped themselves of the moral backing to censure or discipline them.
The Church as a custodian of good morals through the teaching of Christian values needs to step up its efforts if our young generation is to be preserved.
Preachers of the gospel should focus more on transformative teachings that help shape godly character among individuals and families.
It is very clear the situation at hand is a threat to the future and indeed the core of our existence as a nation. It is, therefore, imperative that all stakeholders join efforts in finding a lasting solution to this problem.