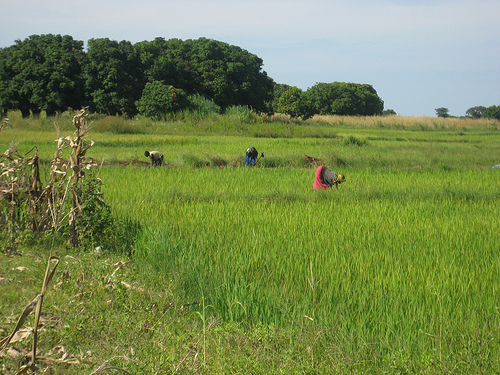 ELIZABETH CHATUVELA, Mongu
WESTERN Province has contributed 11,092 metric tonnes of rice to the country’s 38,423 metric tonnes produced during the 2016/2017 farming

season, representing 29 percent of the national total output.
The province is also expected to supply 720 metric tonnes of rice to the Food Reserve Agency out of the 210,000 metric tonnes the agency will purchase from farmers this year.
This came to light during this year’s provincial agricultural show which ended yesterday.
The show was held under the theme ‘Promoting a green economy’.
Apart from rice, Western Province has also produced 85,109 metric tonnes of maize.
And speaking during the official opening of the show on Saturday, Western Province Minister Nathaniel Mubukwanu said the harvest the province recorded this year could not have been possible without the farmers’ hard work, and the good policies Government has put in place.
“I wish to reiterate government’s commitment to buying this produce from our small-scale farmers, which will translate into cash in the pockets of farmers. Further, I appeal to the private sector to be proactive in marketing the crops locally and internationally,” he said.
Mr Mubukwanu said this in a speech read for him by provincial permanent secretary Mwangala Liomba.
And Mr Mubukwanu said Government will continue supporting small-scale farmers as they are the main contributor to the country’s total output.
He said in the 2017/2018 farming season, 27,208 farmers in Western Province will receive farm inputs under the e-voucher system.
“Further, Government remains committed to developing the fisheries and livestock sector in the province by ensuring that vaccines are provided to control livestock diseases,” Mr Mubukwanu said.
Agriculture Show Society of Zambia provincial chairperson Joseph Mungandi said this year’s theme resonates well with what is being preached to farmers as it reduces environmental risks.
He urged farmers to work even harder to improve on this year’s harvest.
Western Province agriculture coordinator Alex Chilala thanked the farmers for making this year’s show a success.

â€˜Sata was joking moments before his deathâ€™