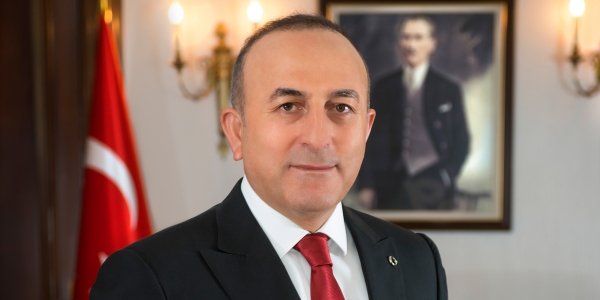 HONE SIAME, Lusaka
TURKEY says its engagement with Zambia and other African countries will be different from that of former colonial masters because it wants the co-operation to be based on mutual respect and benefits.

Mr Cavusoglu said the approach will help build a solid foundation for deeper bilateral ties with Zambia and the entire continent.
He said Turkey is impressed with the immense positive transformation Africa is undergoing as a result of the spirit of hard work that is embedded in its people.
“Africa is undergoing immense change.
“The positive transformation is fueled by the hard work, resilience and perseverance of Africans, young and old, who are determined to turn the page of poverty.
“We have every reason to believe that Africa’s future looks promising,” Mr Cavusoglu said.
He said the positive momentum of transformation could be seen in economic growth, improved trade, sustained stability and improved living conditions across the continent.
He said Turkey’s diplomatic presence on the continent is increasing rapidly as reflected in the establishment of 39 embassies in different countries.
Mr Cavusoglu said this in a statement released in Lusaka by Turkish Ambassador to Zambia Sebnem Incesu.
“Turkey is determined more than ever to extend its co-operation with Africa to new domains. Unlike past colonial powers, history is on our side,” Mr Cavusoglu said.
Mr Cavusoglu said the Turkish government remains committed to enhancing bilateral ties and economic co-operation with Zambia and other African countries.
“As we facilitate transformation to and from the 32 countries of the continent, we are also promoting interaction of Africans with Turkey and also with the world,” Mr Cavusoglu said.
Several delegations from both the government and the private sector have visited Turkey in recent months.