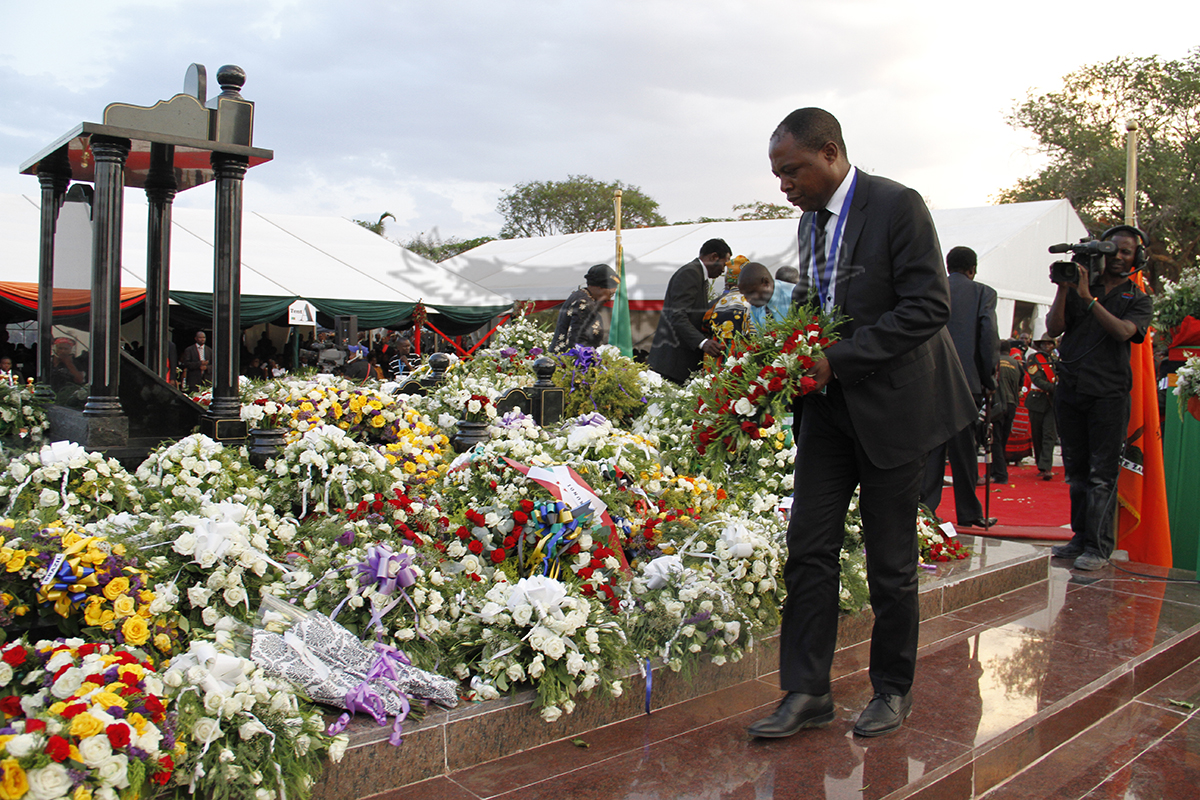 DIANA MUTAKAFIMBO, Lusaka
NATIONAL team players are focused on qualifying for the 2015 Africa Cup of Nations finals.
And the Chipolopolo suspended training yesterday as a mark of respect for the late President Sata, who was put to rest at Embassy Park in Lusaka.
The Chipolopolo technical bench and playersâ€™ goal is to qualify for the 2015 AfCON finals in honour of President Sata regardless of the outcome of Saturdayâ€™s crucial Group F qualifier in Maputo.
â€œWe will put it in our minds that we lost our President and the most important thing is to play and get the three points, but the ultimate is to qualify to the Africa Cup,â€ Southampton striker Emmanuel Mayuka said.
Mayuka is confident the Chipolopolo have the quality and depth to beat the Mambas.
The 23-year-old, who scored in a 3-0 victory over Niger at Levy Mwanawasa Stadium in Ndola last month, said the players will strive to get maximum points.
Zambia face Mozambique on Saturday, then host leaders Cape Verde four days later at Levy Mwanawasa Stadium in Ndola.
China-based forward James Chamanga says the pressure will be on the Mambas, whose goal is to end the Chipolopoloâ€™s dominance.
â€œThe focus is just to qualify to the Africa Cup. We are looking for any result. It doesnâ€™t matter if itâ€™s 1-0 or 2-0, what is important is to get the maximum points and then finish the job against Cape Verde on Wednesday,â€ Chamanga said.
Meanwhile, Europe-based quartet of Stopilla Sunzu, Nathan Sinkala, Emmanuel Mbola and Evans Kangwa and TP Mazembe trio of Rainford Kalaba, Kabaso Chongo and Given Singuluma joined the squad yesterday.
Goalkeeper Kennedy Mweene and defender Aaron Katebe trained with the team at Sunset Stadium in Lusaka on Monday.
Mweene, who sustained an injury last week, is yet to be assessed by the Chipolopolo medics.