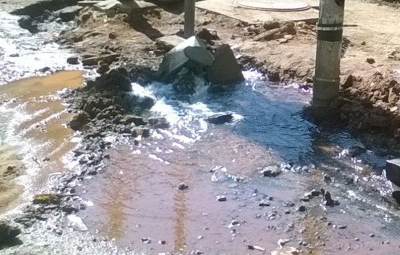 Dear Editor,
I am a concerned citizen and resident of Mushili Bonano near Twabo School in Ndola.
In my neighbourhood, there are two broken underground water pipes, one from the upper part of Jonathan Chivunga Street while the other is at the lower part of the same street and clean, treated water has been gushing out for almost nine months now without the water utility company attending to it despite numerous reports.
Their answer at one time was that they have no spare parts.
This treated water runs all the time even in the times when other areas of Mushili have no water at all.Â  Now two sinkholes have appeared where this water is coming out, causing anxiety among the residents with small children. They fear that the toddlers might drown in these sinkholes because they are very close to houses.
Thousands of Kwacha are lost in chemicals used to purify or treat this water which is going to waste.
Surely Kafubu Water and Sewerage Company has capable and learned engineers who can fix this mess.
CONCERNED NDOLA RESIDENT