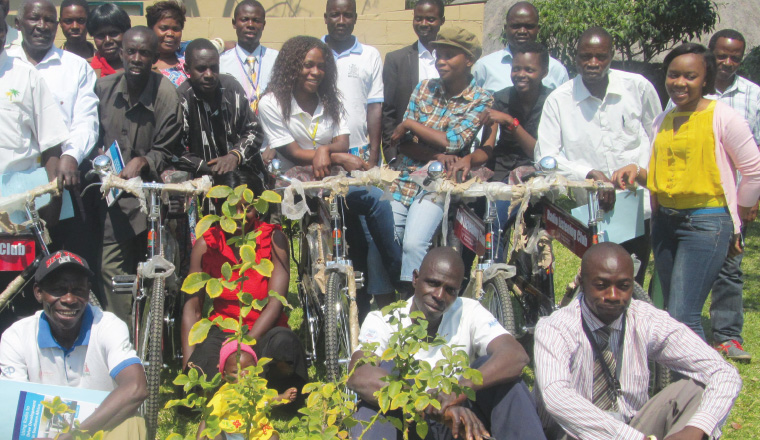 As Zambia grapples with maternal and child deaths, efforts are being mooted to address challenges, particularly in Western Province, which has recorded the highest number of deaths among pregnant women. Panos Institute Southern Africa (PSAf) recently visited three districts in the province to help improve access to information on maternal and child health services. Our staffer, MUMBA MWANSA, reports.
â€œRECENTLY, my wife and I took our expectant daughter to Mabumbu Rural Health Centre around 22:00 hours, when she had gone into labour. At the clinic, the nurse, who was woken from her sleep, just looked at my daughter and asked the watchman to instead check on my daughter as she went back to continue her sleep.
â€œBy 11:00 hours the following day, my daughter had not yet been attended to. And when I requested for a referral to Lewanika General Hospital, I was harassed. When she was finally referred to the hospital, it was too late and the baby died,â€ narrated Kalangu village headman Uyoya Muyu of Mongu.
Mabumbu Rural Health Centre is situated about 12km from Mongu town.
The provinceâ€™s figures stand at 786 deaths per 100,000 live births, compared to other places. For Lukulu, Mongu and Limulunga districts, these ominous figures are attributed to the few health centres available, long distances to clinics and the unfriendly reception of health personnel.
Headman Muyu said health workersâ€™ attitude at some health centres in rural areas has been negative, hence the reason why some expectant mothers shun seeking medical services when they are due to give birth.
During a three-day PSAf workshop held in Mongu recently, the participants singled out Washishi, an area situated about 100km from Mitete Health Centre in Lukulu, as a place that needs serious attention from the Government and other stakeholders as the residents avoid health services due to the long distances to the nearest hospital or clinic.
â€œWashishi has no health centre and people have to travel about 100km to Mitete to seek health services. Due to the isolation of the area, Washishi has very high poverty levels and when there are floods, it is cut off from the other areas.
â€œBecause of its isolation from other areas, pregnant women usually use traditional methods of delivering, thereby increasing the chances of maternal and child deaths,â€ said Steven Chisamba, a member of the Lukulu Radio Listening Club.
In other cases, men have been blamed for maternal and child deaths because they reportedly stop expectant mothers from travelling to the mothersâ€™ shelter in preparation for delivery. Travelling is considered an expense on the family and sometimes, a waste of time.
â€œSome men discourage their wives from going to the mothersâ€™ shelter because they do not have the money to buy food and other necessities whilst waiting for their time to deliver. Other men consider pregnancies as a burden and a waste of time as they expect their wives to be at home looking after the children and doing the house chores,â€ said Patra Nyambe, a radio listening club member.
In Lukulu, the participants attributed the insufficient supply of electricity by Zesco as another reason for the rise in maternal and child deaths.
â€œRecently in Lukulu, a pregnant mother who was in labour died on the theatre bed due to disruption of power. We are not privileged to have electricity supply 24/7 in Lukulu,â€ Lukulu Radio acting station manager Saboi Kanyata said.
These were among the many challenges expectant mothers and their families are facing in the rural areas, hence the shunning of health services.
In ensuring that Zambia meets the 2015 millennium development goals (MDGs) number four and five, PSAf, in partnership with Save the Children, has embarked on a two-year advocacy campaign.
The programme aims at increasing access to information on maternal and child health services, thereby reducing related deaths by December 2015.
The MDGs four and five aim at reducing under-five mortality rate to two-thirds, reducing the maternal mortality rate to three quarters and ensuring universal access to reproductive health.
However, these MDGs are being hindered by the low demand for maternal and child health (MCH) services, poor MCH service delivery, low community mobilisation for MCH and poor media coverage of these issues.
The campaign is aimed at helping Zambia attain the MDGs and to directly reach 24,000 women, 23,000 men, 6,000 boys and 11,000 girls in Mongu, Lukulu, Solwezi, Mwinilunga, Kasempa, Lusaka and Kitwe districts.
PSAfâ€™s campaign is being implemented with the aid of stakeholders, community radio stations and community groups such as safe motherhood action groups (SMAGs) and Radio Listening Clubs (RLCs) in the Copperbelt, Lusaka, North-Western and Western provinces.
The RLCs are a group of mostly rural marginalised, underprivileged or vulnerable people, who plan their day to day schedule with a particular radio station. They listen to radio programs and develop the context into a topic that affects the people in the areas they are representing. Their motto is to â€˜Listen, discuss and actâ€™.
These groups tend to create a link between the community, theme experts, development actors, duty bearers and policy makers, and bring out the desired development benefits to the local radio stations and the development actors.
For these RLCs to conduct their work effectively, PSAf donated six bicycles to six RLCs that have been in existence since August 2013 and these include Mabumbu (Limulunga), Nalisila (Mongu), Namapa (Mongu), Kakuyu (Mongu), Kalangu (Mongu) and Winela (Mongu).
The three-day Western Province workshop was attended by Lyambai Radio, Lukulu Radio, RLCs and SMAGs from Lukulu, Sefula and Mongu as well as maternal and child health coordinators from the Ministry of Community Development, Mother and Child Health, Caritas Czech Republic, Red Cross and the District Task Force on maternal and child health services from the Mongu and Lukulu districts.