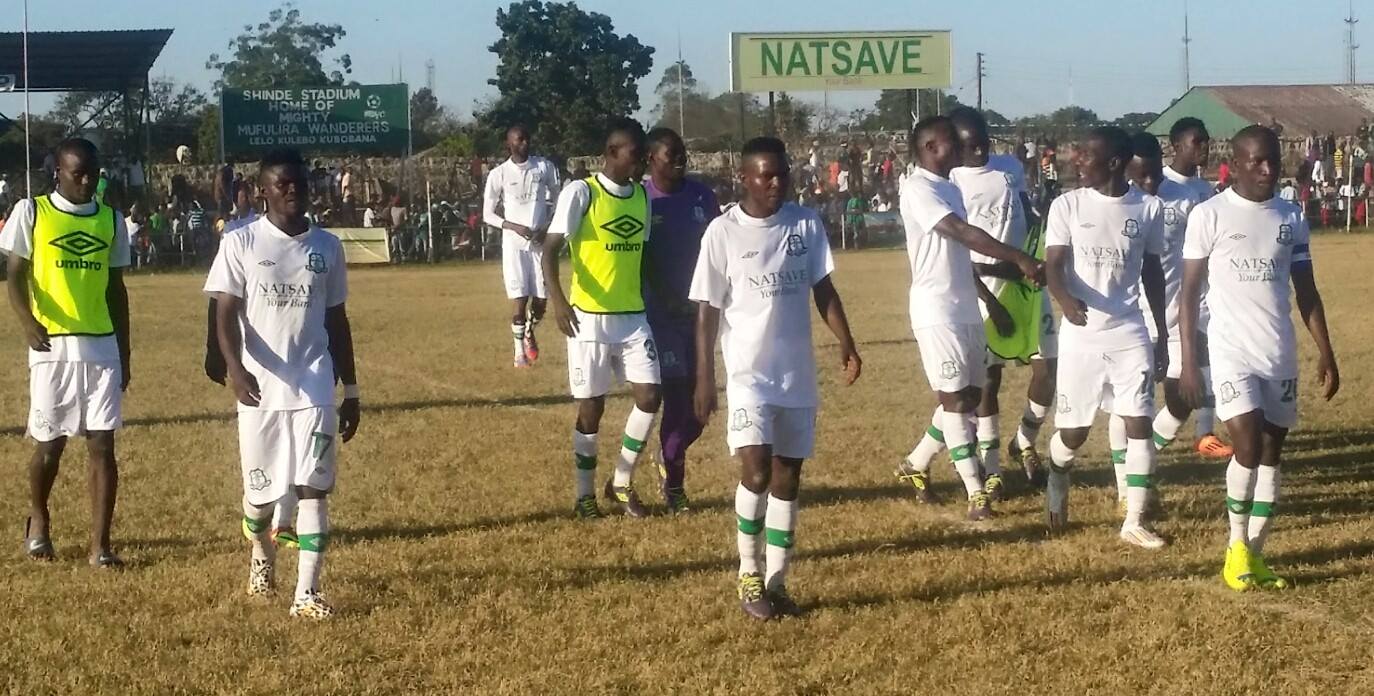 MULWANDA LUPIYA, MWILA NTAMBI, Ndola
MUFULIRA Wa n d e r e r s yesterday left for Zimbabwe to compete in the Football Heroes Celebration billed for this weekend.
It was in Zimbabwe where â€˜Mightyâ€™ Wanderers won the Super Castle Cup on October 17, 1965.
Wa n d e r e r s b e a t C i t y Wanderers 4-3 and the Super Castle Cup trophy is in the cabinet at Chawama Hall in Mufulira.
Wanderers are expected to play two matches against Zimbabwean giants Highlanders and Dynamos.
Club vice-secretary George M w a n j a c o n f i r m e d t h e development in an interview yesterday.
â€œWe are leaving by road for Harare. We will play two matches in Zimbabwe on different days,â€ Mwanja said.
Wanderers have been invited to be part of the celebrations, which have attracted a number of former players from around the continent.
The team will use the outing to fine-tune for the Super Division season kicking off on March 12.
Wanderers will be away to Forest Rangers in Week One.
Wanderers coach Manfred Chabinga has included eight new players in the team, among them Joseph Sitali.
Meanwhile, Mwanja said the club is willing to let midfielder Jacob Ngulube join Nkana.
â€œOf course we will meet over the weekend and make a decision as an executive but I think we should let him go since he has made a decision. We will miss him, but he is replaceable and we have already found a replacement,â€ Mwanja said.
He said Wanderers had been portrayed as a desperate club over the Ngulube issue and that this impression needed to be corrected because it was not the case.
â€œWe have been looked at as if we are so desperate but you see, the club is bigger than an individual and it is in the best interest of the club that we let him go. That is my personal opinion,â€ he said.
The Football Association of Zambia player status and transfer committee ruled that Ngulube is a Wanderers player but Nkana are holding on to the player.
Nkana have written to Wanderers requesting for negotiations to start.