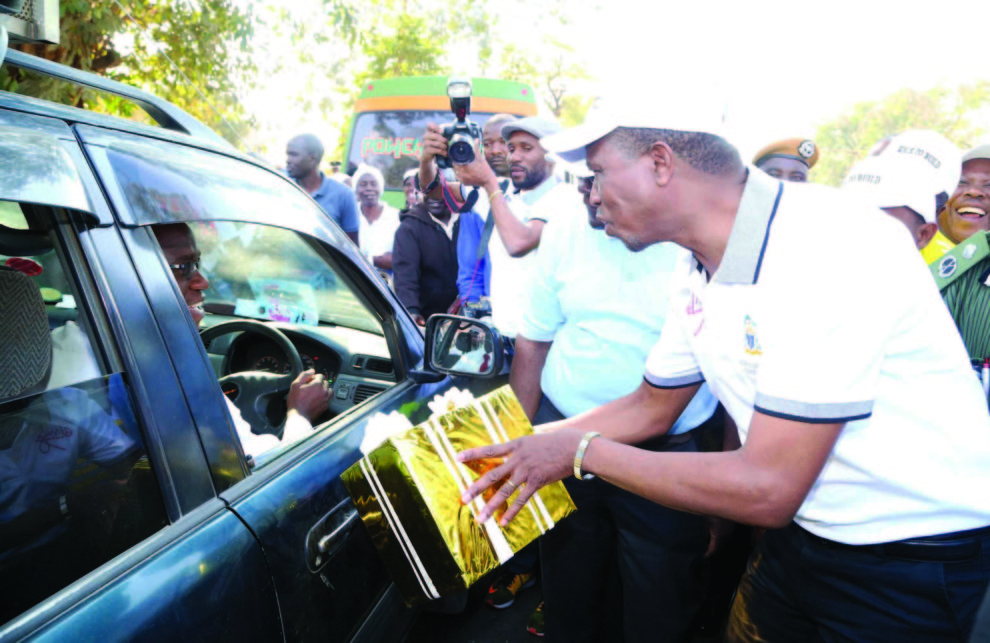 CHISHALA MUSONDA, Ndola
PRESIDENT Lungu yesterday led the Catholic Church in a 4.2-kilometre fundraising walk to raise over K1,400,000 for the construction of priests’ houses at the diocese in Ndola.
President Lungu pledged K750,000 towards the initiative.

And President Lungu says the Government will continue to support the Church because of what it is doing.
When many expected the President to make a short-distance walk after flagging off the walk, he surprised all when he abandoned security and went the full 4.2-kilometre distance, named ‘Walk to Build’, and led ministers, members of Parliament (MPs), the clergy and business community for the walk.
Accompanying the President on the full distance was 1988 Africa Footballer-of-the-Year Kalusha Bwalya.
Speaking after leading hundreds of people from across the Copperbelt on the walk, President Lungu said he will continue to seek support from the Church.
“We will continue coming to the Church and support the Church. We do not support because we want your support, no, but because we believe in what you do,” the President said.
Among the notable pledges was the K150,000 from Nkwazi Mbachi, proprietor of Power Tools Logistics, and a combined K50,000 by MPs and another K50,000 by Garry Rutherford Outdoor Advertising.
Ndola Catholic Diocese Bishop Alick Banda said the diocese is targeting to construct 25 housing units to cater for about 125 priests.
And the President is expected in Livingstone on Tuesday for the International Conference on Geology, Mining, Mineral and Groundwater Resources of the Sub-Saharan Africa, reports Doreen Nawa in Lusaka
According to the President’s special assistant for press and public relations, Amos Chanda, the President is also expected to visit Dundumwezi to inspect various projects in the area.
The conference will run from Monday to Wednesday.
Meanwhile, President Lungu has said he hopes to see more cement factories set up in the country in order to have more competition and trickle-down effects to consumers.
Mr Lungu said this at Zambia Airforce Base when he returned from his two-day working visit to the Copperbelt.
While on the Copperbelt, Mr Lungu commissioned works for a cement plant that will produce 150,000 metric tonnes of cement per month.
“We expect competition. We are encouraging the private sector so that there is more competition in the sector. Competition is healthy,” he said.
Mr Lungu noted that when cement giant Dangote opened its factory in the country, it pushed the price of cement down, and hoped that with the opening of another factory on the Copperbelt, the price of cement would fall further.