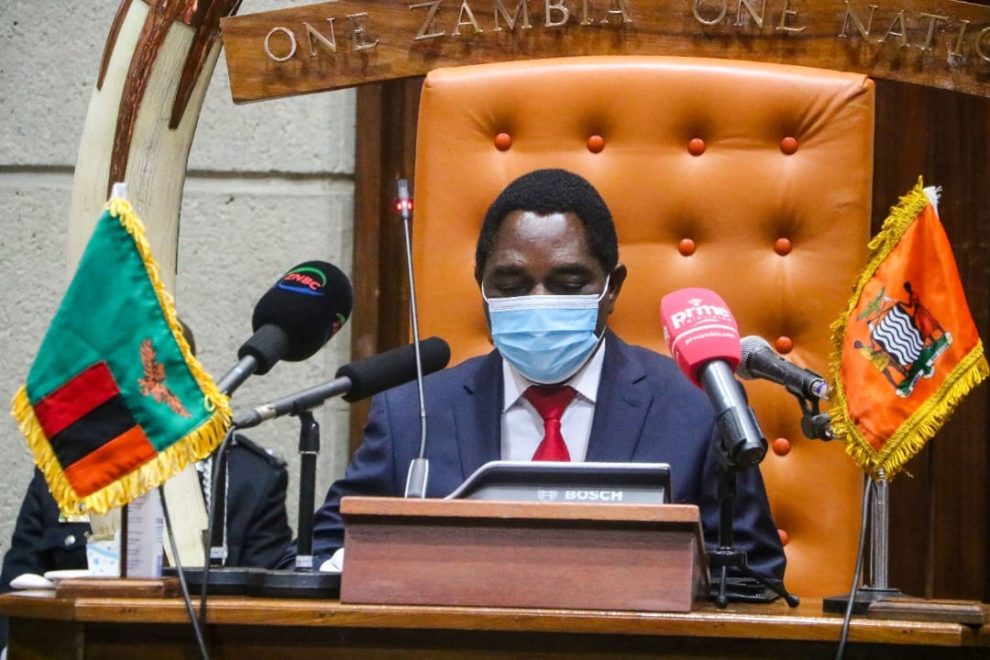 PRESIDENT Hakainde Hichilema has promised that his administration will take development to rural areas by ensuring that the management of resources is decentralised to the district level instead of having all decisions being made in Lusaka.
Decentralisation is key to sustainable development, especially in rural area, where the locals, too, know what is best for them. President Hichilema is concerned, and rightly so, that people in remote parts of the country have not benefitted sufficiently from the national cake owing to thefts by a few privileged individuals who manage resources in Lusaka. “There has been so much thieving by a few individuals based in Lusaka. This is going to change under the new dawn government because we want to give you contracts, we want the resources to be managed at a local level in our budget as opposed to all decisions and procurement processes being done from Lusaka, where there have been a few but big thieves,” he said. For many decades now, decision-making powers have been a preserve of the central government. If, for instance, a road is to be built in Kaputa, the decision has to be made in Lusaka. Similarly, the decisions on resource allocation to various projects in rural parts of the country are being made by people who are not on the ground and do not quite understand the complexities and priorities of those areas. This has disadvantaged many rural areas, which are characterised by a myriad of perpetual challenges such as poverty and lack of infrastructure. Though there has been some progress over the years, it has been very slow and the development gap between urban and rural areas is still very wide. Many rural areas still lack good roads, schools, hospitals and sanitation services. In places where hospitals have been built, there are shortages of medical supplies and medical staff. Similarly, in places where there are schools, teachers are in short supply owing to lack of accommodation among other hardships. Centralisation has contributed to the huge development gulf between urban and rural areas. Worse still, centralisation, which has stifled rural development, has led to high rural-urban migration as people desert rural areas in search of a better life in the cities. It is comforting that President Hichilema is cognisant of the fact that the centralisation system of power is a huge impediment to rural development. It is also heartening that this is one of the areas the President has promised to address. Decentralising powers of decision-making to district level will no doubt bring a new lease in the development agenda of the country. It will allow for effective citizen participation in the country’s development activities. This is critical if the country is to accelerate its development journey at a much faster rate.
Through the 2030 Vision, Zambia seeks to attain middle-income status. This can only be practical if the rural population is tugged along in the development journey. Decentralisation will also help people at the grassroots to take ownership of development projects and become more accountable. These are critical factors in driving sustainable development.
The President has also assured that Government contracts for projects such as road construction will be given to Zambians.
This is the way to go as long as there is capacity to deliver quality works. Decentralisation will not only empower local contractors but help create jobs for rural dwellers thereby raising the standards of living. The challenge is, therefore, on all Zambians to prove their worth. The country has many experts in the various fields to ensure prudent use of resources and efficient delivery of development projects. This is a great opportunity to ensure that Zambia’s development is firmly placed in the hands of citizens.