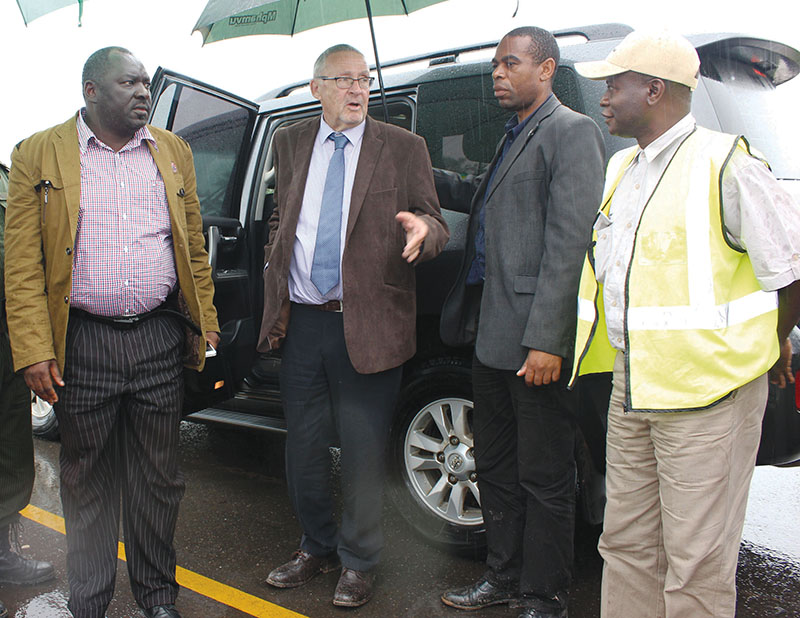 YANDE SYAMPEYO, Lusaka
GOVERNMENT has started the process of reviewing the wage freeze, Acting President Guy Scott has said.
And Dr Scott has said Government is also consulting public unions and other stakeholders on the retirement age.
Dr Scott said in a statement yesterday that Government and public sector unions are reviewing the wage freeze.
The Acting President said so far, some public sector unions such as those in local authorities have already had their conditions of service reviewed.
Dr Scott said the process of reviewing the wage freeze is ongoing.
â€œThe position of Government is that this is a matter between the parties to the collective bargaining process, which is Government representatives and the public sector unions.
â€œSo far, some public sector unions such as those in the local authorities have already had their conditions of service reviewed. For others, the process is ongoing and in progress,â€ Dr Scott said.
And Dr Scott said Government has listened to views from unions and other stakeholders regarding the recent increase in the retirement age from 55 years to 65 years.
He said consultations on the matter are ongoing until consensus is reached.
Dr Scott said Government will not act unilaterally on issues which are sensitive and are of national importance.
And Dr Scott said Government will not tolerate indiscipline in the public.
He said, however, that being a listening government, it decided to review the issue of dismissed nurses on a case by case basis.
Dr Scott said so far, 317 nurses have being re-engaged while letters for others are being processed.
And Dr Scott said it has been resolved that Lumwana Mine will submit mining tax proposals to Government to justify the level of mineral royalty tax applicable to remain operational.
â€œCurrently, they are opposing the 2015 mining tax regime without offering proposals,â€ Dr Scott said.
On employment creation, Dr Scott said Government has invested heavily in road sector development, adding that this has opened up the country to both rural and urban investment opportunities.
â€œWe, therefore, invite the private sector players to set up more businesses countrywide that will employ more of our citizens as access to the market for the products has been made easier because of the improved road network,â€ he said.