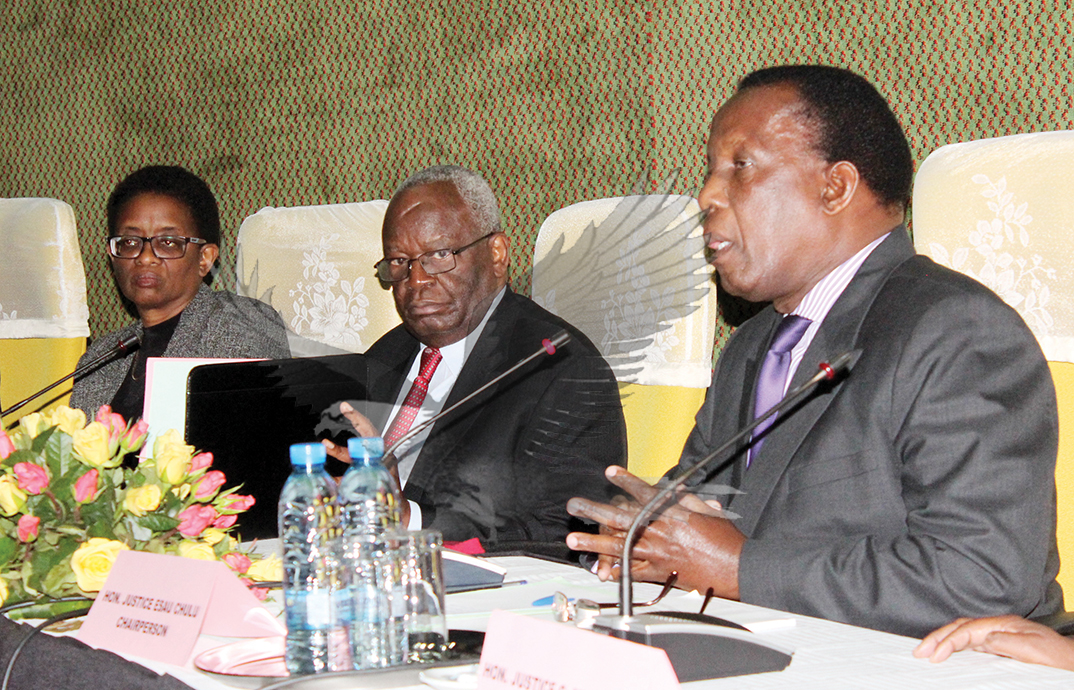 IN MAY this year, the country was alarmed by reports from some private media and opposition politicians that the Electoral Commission of Zambia (ECZ) had registered thousands of foreigners to take part in the August 11 polls as a way of aiding the Patriotic Front (PF) retain power.
The Post newspaper in its May 16 edition ran a banner headline – â€˜ECZ registers foreignersâ€™. The story claimed that the ECZ, with the help of PF, had registered thousands of foreigners from Angola, DRC, Malawi and Mozambique to take part in the general elections.
The opposition United Party for National Development went ahead to report the matter to the law enforcement agencies.
These reports did not settle well with stakeholders who demanded for an audit of the votersâ€™ register.
ECZ obliged to the demands by engaging independent auditors with the help of the United Nations Development Program (UNDP).
After a thorough one month analysis of the 2016 votersâ€™ register, the auditors have revealed that there is no evidence to support allegations that foreigners were registered as voters.
The ECZ has been exonerated. The audit was conducted by credible auditors whose footprint can be traced in 13 other countries where they have done similar assignments.
To eliminate any misgivings, ECZ ensured that key and relevant stakeholders in the electoral process were involved during critical stages of the audit, including a presentation of the terms of reference, inception report and preliminary findings.
The auditors assured the nation that the process was devoid of any influence from the commission.
To prove this, the auditors went ahead to reveal other anomalies they came across in the votersâ€™ register.
For instance, the audit revealed 132,837 cases on the votersâ€™ register sharing national registration card (NRC) numbers while 2,555 cases shared names and dates of birth.
The audit further highlighted that 142,383 people were found to be ineligible to vote and have since been removed from the register.
ECZ has also gone ahead to write to the Department of National Registration, Passports and Citizenship requesting for death records of citizens who were of voting age at the time of death.
We therefore urge the Department of National Registration, Passports and Citizenship to expedite the process in a bid to completely seal any loopholes that those who are bent on causing anarchy in the country may capitalise on.
It has become clear that some desperate politicians have resorted to using underhand methods to disparage the credibility of the electoral body in a bid to win sympathy in the most likely event that they lose the August 11 elections.
Some politicians, out of selfishness, are ready to tarnish the image of our country to the outside world by carelessly making unsubstantiated claims.
The claims, in particular, that ECZ registered foreigners for the 2016 polls, have potential to tear down our nation and are tantamount to treason.
It is a disgrace that these politicians, after making such alarming claims, could not provide the law enforcement agencies with evidence.
It therefore goes to show that this is a well-calculated strategy to psych supporters to reject the outcome of the forthcoming elections in the event that they lose again.
However, the audit has made it clear that political parties have no reason to worry about the authenticity of the votersâ€™ register but should instead concentrate on utilising the remaining days before the elections to sell their manifestos.
After all is said and done, we expect that all those who made the unsubstantiated claims will be humble enough to apologise to ECZ and the nation as a whole.