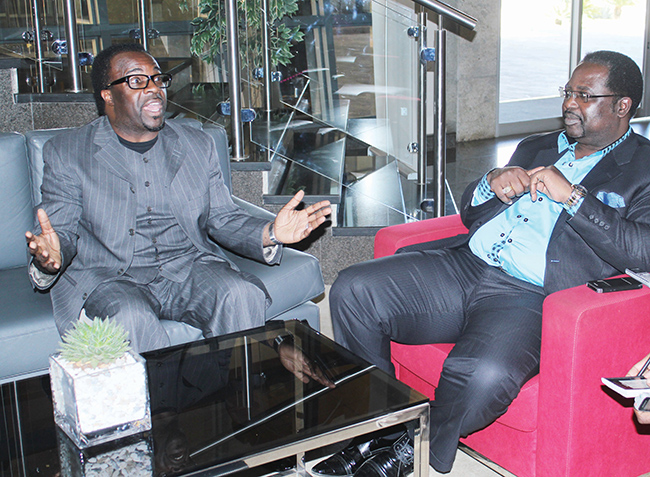 MUNIDE ZULU, Lusaka
RAUCH City Church founder and senior pastor John Francis says Africa can turn its economic challenges around once it unites.
Speaking at a joint press briefing with Bread of Life Churchâ€™s Bishop Joseph Imakando at Radisson Blu Hotel in Lusaka yesterday, Dr Francis said he is in the country to impact Godâ€™s word in peopleâ€™s lives.
â€œIf Africa can work together, we can bring out brilliance, intelligence. We can turn the country from its financial and economic challenges,â€ he said.
Dr Francis is in the country for a three-day conference at Bread of Life Church in Lusaka.
The bishop said it is unfortunate that Africa has suffered economic downturn for a long time despite being endowed with a lot of resources.
He said there is need for African countries to stop fighting one another for the continent to become a force to reckon with.
Dr Francis observed that although the Western world is more prosperous, it is not as endowed as Africa, which has minerals and oils. He said the rich continent suffers as a result of crime and improper economic structure.
â€œIf we understand who we are as Africans, and understand the wealth that God has entrusted in our hands. We can rise to an understanding that God has put riches around us,â€ he said.
Dr Francis urged people to turn out in numbers for the three-day conference at the Blessing Centre themed, â€œnew beginnings.â€
He said people should expect a word from the Lord during the conference because his ministry is about empowering people and giving clarity to their destiny.