Gender Focus with JUDITH KONAYUMA
PHYSICAL abuse of women continues albeit the numerous efforts to bring down incidences of the vice.
Some of the victims who have come to appreciate opportunities that exist for them to seek justice have gathered the courage to take their cases further.
When such victims of abuse get to higher levels, they should be given the assistance they need, unless there is every reason to believe they deserve no justice, which is rare.
Last week, a Luanshya woman lost her pursuit for justice in a magistrate’s court on grounds that there was no evidence.
According to the case, the woman (whose name is withheld for this column), got a job at one of the supermarkets in town.
It was during her stint there that her husband thought she had become popular in the small town and he was not happy about it.
Her husband did not want to take any explanation from his wife and it was after their argument that he reached out for a brazier and placed a spoon on it and burnt her private parts.
The husband was arrested and charged with assault. He was eventually acquitted on grounds that there was no evidence he had assaulted his wife.
But no sooner had he been acquitted than she cried out, seeking justice for the harm she had allegedly suffered at the hands of her husband, a 30-year-old man.
From the case, it may be said it was her word against his, and it is without doubt the court considered other aspects in arriving at his acquittal.
In her endeavour to prove her case, the woman was examined by a medical doctor who produced a report which was submitted in court as part of her evidence.
In fact, she went that far to be examined by a medical doctor at the advice of some female police officers who had seen the wounds she had allegedly been inflicted with by her husband.
From observation, evidence produced by a medical doctor forms part of valuable ingredients to support a case of abuse, especially where one has suffered injuries.
The evidence by the State should be supported by an expert, in this case a medical doctor who, in his report, explains what he thinks caused the injuries, after an examination and the extent of the injuries.
It is unfortunate that a victim of gender-based violence does not find justice at a time when she desperately needs it to compensate for the permanent harm she has suffered.
If the report by the doctor is not anything to go by, the injuries which the woman still has should cause someone to be concerned about how they came about.
The woman has remained scarred for life and she is still in pain from the injuries inflicted on her by the alleged abuser, and this was undoubtedly part of her evidence.
This is not the first time she has suffered physical abuse, according to her.
In a number of cases, abuse may be allowed to get to the apex because someone keeps ignoring red flags.
It has taken this incident and the advice of her parents to make her walk out of an abusive situation, and even so, without any justice in view of the wounds she is now enduring.
A woman, like a man, may desire to contribute to household income by getting a job or engaging in a business venture, and when they do so, they should be given the support they need.
Cases of abuse, like this one, prevent some women from seeking self-empowerment, and whether by design or not, consign them to perpetually depend on their husbands.
When mistrust overcomes a man, like in this case, it is better for the two parties to talk things over so that they arrive at an amicable solution which suits both sides.
If this was so, in the beginning, the woman would not have suffered any injuries and later on, the case would not have gone to court.
Though this is merely an assumption, it forms the basis of an ideal situation that would have protected the worth of the woman.
It is more common for wives to withdraw cases of abuse against their husbands, and where a woman goes this far, she deserves adequate help that ensures justice prevails.
For now she remains the loser while the alleged perpetrator is on the loose and without an assurance that an offence of this nature will not be committed again because no deterrent measure was applied.
Moreover (though I am not a lawyer), the charge of assault was less compared to the injuries the woman sustained.
The woman suffered injuries which will remain with her for the rest of her life as a constant reminder of the abuse she suffered at the hands of a husband.
And this case can be an example of what the lack of access to legal representation can be like. It is no doubt things would have turned out different for her.
If she cannot get justice at this stage, it is not the end of the world for her. She has a chance to appeal to a higher court where her case can be re-examined.
It is also a case for those who champion women’s rights to take up and see that justice prevails for this woman.
Jkonayuma@daily-mail.co.zm 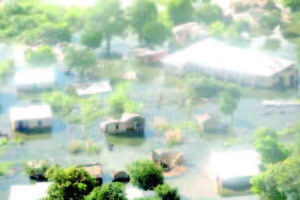