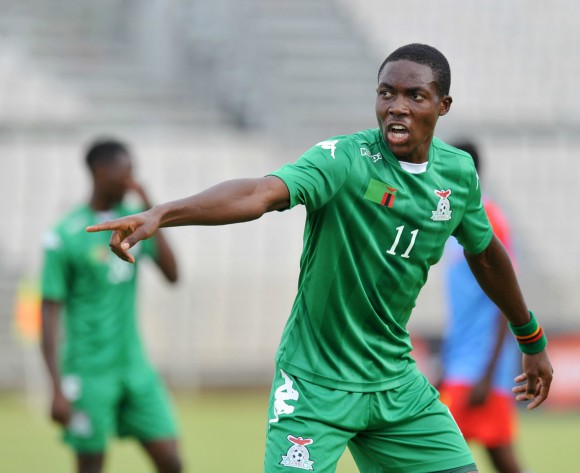 ALEX NJOVU, Lusaka
VENEZUELA forward Sergio Cordova’s strike against Mexico at the 2017 FIFA Under-20 World Cup in South Korea has been voted the goal-of-the-tournament beating nine other contenders, among them Zambia midfielder

Enock Mwepu.
According to the FIFA website, Cordova masterfully brought the ball under his spell in the Mexican penalty area following a dinked through ball from team-mate Adalberto Penaranda.
The Venezuelan then rounded goalkeeper Abraham Romero before coolly slotting home.
“From the 140 goals scored at the FIFA U-20 World Cup Korea Republic 2017, it was a piece of sublime by the South American control and composure that captured the imagination and votes of thousands of fans from all over the world,” FIFA stated.
Venezuela lost 1-0 to England in the final.
Mwepu’s drive against Iran in a Group C match also won accolades from fans across the globe.
Mwepu powered in a cracker outside the box after benefiting from a back heel by Emmanuel Banda.
Zambia overcame Iran 4-2.
Mwepu, 19, has joined compatriot Patson Daka at Austria’s side FC Red Bull Salzburg from Kafue Celtic.