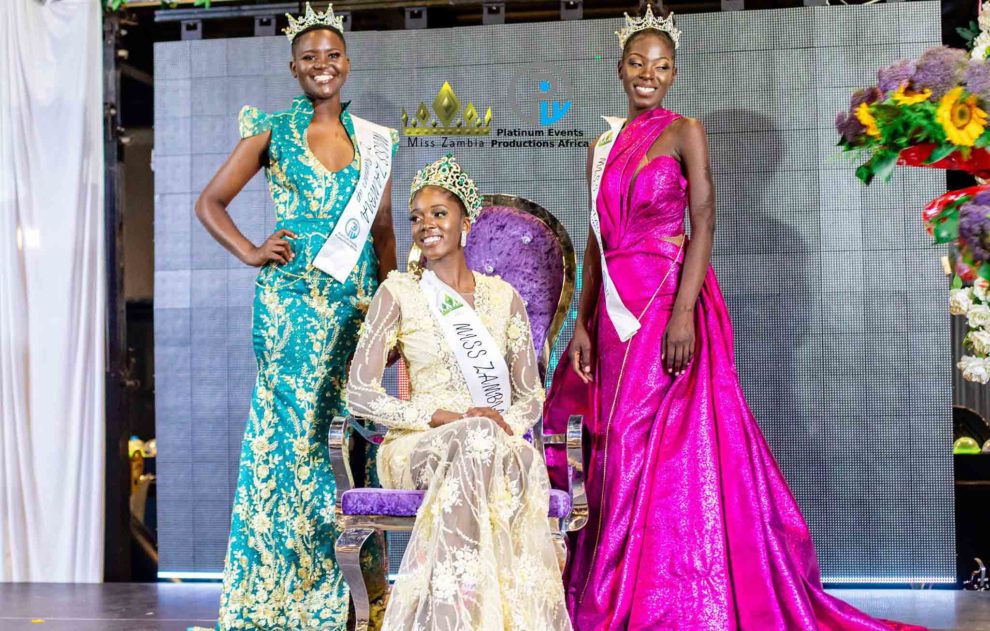 ZIO MWALE, Lusaka
VANESSA Chinyemba was on Wednesday night crowned as the new Miss Zambia at a colourful event held at The Corner Cafe in Lusaka.
The 23-year-old, who takes over the crown from Musa Kalaluka, competed against 12 contestants.
Angela Malenga, a 22-year old journalist, was picked as the First Runner Up while 24-year-old medical student Victoria Mulengula got the Second Runner Up. Laurisca Kalongo, no stranger to the catwalk having participated in some major pageants, was chosen as Miss Personality.
Vanessa is a public relations student, fashion model and a mobilisation director at the Zambia I Want, an organisation whose mission is to improve the living standards of Zambians through various initiatives.
On her manifesto, Vanessa said her empathy is what led her to taking on the position of mobilisation director  so that her voice and actions can have a positive impact in the society  and that she may be accorded an avenue through which to help those in need.
Apart from the crown, Vanessa walked away with a 20X30 piece of land in Makeni West, Lusaka. She was also named as Sho’dol Cosmetics brand ambassador for a full year of her reign. She further received a full cosmetic hamper for a year and one mid-year refill worth K5000 courtesy of Sho’dol Cosmetics.
Vanessa was also named as My Ride Zambia Brand Ambassador for a full year and will be receiving transportation services to special appearances, events or campaigns courtesy of My Ride Zambia.