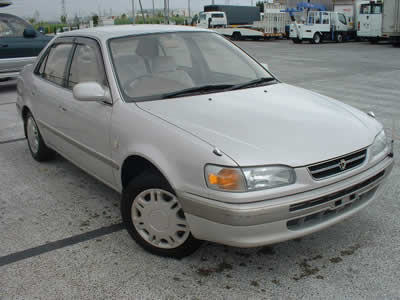 ZALI CHIKUBA
EARLIER this year, an overwhelming majority of cars failed the basic roadworthiness test leading to the suspension of the new automated fitness test.
Following this, the head of the organisation responsible for road safety – the Road Traffic Safety Authority (RTSA) – has urged Zambia to consider restricting imports of second-hand vehicles. These are comments which echo Governmentâ€™s concerns over the current policy position on second-hand vehicles.
Second-hand motor vehicles are certainly an issue which affects many Zambians. With no car manufacturer in the country, all motor vehicles registered here are imported.
Importation of motor vehicles attracts customs duty at 25 percent excise duty of 20-30 percentÂ  depending on engine size and on top of this, value added tax (VAT) at 16 percent thereby inflating the cost of cars in Zambia by 75 to 90 percent.
Consequently, most consumers cannot afford to buy new motor vehicles and as a result, the overwhelming majority of imported vehicles â€“approximately 90 percent – are second-hand.
The used car market is a classic problem long studied by economists whereby sellers generally have more information than buyers regarding the quality of a product. On the buyersâ€™ side, it is hard to know for sure the quality and the safety of the car they are buying.
As a result of not having full information about the vehicles being bought, while some second-hand vehicles imported in the country may be fine, there may also be some bad cars commonly referred to by economists as â€œlemonsâ€.
The question is whether Zambians have the information to spot a lemon when they are buying a car. The answer is almost certainly not. Importing used cars into Zambia only requires fulfilment of a very minimal roadworthiness inspection test. This entails confirmation that vehicles have such basic things as genuine mileage, no damage to the chassis, working lights, no major rust, safe tyres and good working brakes.
Given this lack of full information, it is in order for Road Traffic and Safety Agency (RTSA) to be concerned about the state of motor vehicles that ply our roads.
Economic realities have forced developing countries like Zambia to depend on used motor vehicles. Consumers with less purchasing power attach greater value to used cars, which is largely why the second-hand car trade flourishes. Some of the used cars imported have conferred greater benefits to the users compared to their cost of acquisition.
Therefore, the highly liberal used motor vehicle importation policy has given even some low income households an opportunity to own cars. This improves their everyday lives, but can also enable better transportation of goods around the country, which helps trade.
The level of car ownership in Zambia, though relatively low, has considerably increased over the past decades from about 9 cars per 1,000 people in 2004 to about 32 cars per 1000 people in 2012. From this point of view, it can be argued that the policy has contributed to improving the lives of Zambians.
The above advantages notwithstanding, the conditions under which the market for used motor vehicles has developed are characterised by minimal regulation. In this market, as already noted, information concerning the fitness of the vehicles being sold is usually inadequate. This means that many buyers will unknowingly have bought a â€˜lemonâ€™.
This has real implications for both individual consumers and the general public. For an individual consumer, older cars are generally less dependable and costly to maintain but when they buy a lemon, they are deprived and have nowhere to turn to for remedy. For the general public, compromising on safety and health is of real concern. These safety issues are clearly apparent when so many newly registered vehicles end up in auto repair shops. Some of the imported second-hand cars are outmoded and replacement parts are scarce and expensive.
This has led to the growth of another discomforting market: the used auto parts market. This has further increased the number of vehicles on our roads with doubtful fitness.
All in all, the overall benefit of the very liberal used car market remains largely uncertain. As the developed world has set high emission standards to coerce owners of old cars to replace them with newer, safer, fuel-efficient and cleaner models, old cars have found a market here in Zambia. But this has happened without due consideration to our own economy and safety. If any car that passes only a basic roadworthiness test can be imported into Zambia, are we not then turning this country into some dumping ground?
The growing concern about the condition of motor vehicles being imported in the country is appropriate, but any policy intervention must be supported by evidence. In order to leverage the benefits of the used motor vehicle trade for the welfare of most Zambians and the economy as a whole, the Zambia Institute for Policy Analysis and Research (ZIPAR) is currently undertaking a study to evaluate the effects of the policy position on used motor vehicle importation in Zambia focusing on the reliability of the motor vehicles owned by Zambian households, the relationship between motor vehicle age and the incidence of accidents and motor vehicle price drivers.
This study will contribute to informing any policy decisions made in response to some of the concerns raised by Government and RTSA. It is in all our interests that Zambians can avoid lemons when they buy their family car.
The author is a researcher at the Zambia Institute of Policy Analysis and Research, a Zambian Think-tank established by Government.

Mporokoso: A land of plenty

Fake drug threat: What to do