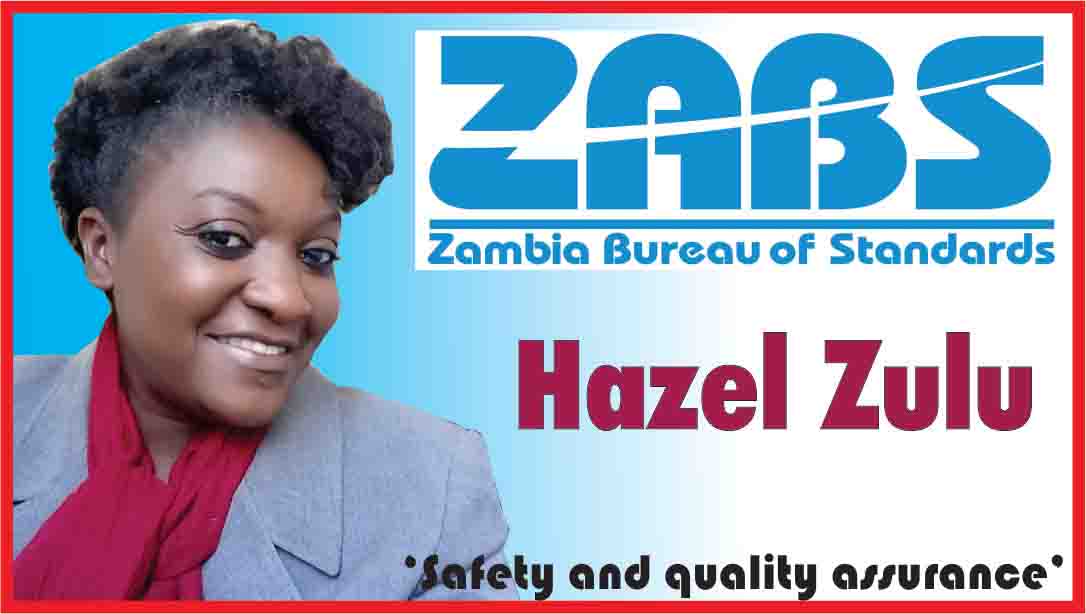 ZABS with HAZEL ZULU
DID you know that importers of used motor vehicles are obliged to have their vehicles inspected and certified fit for roadworthiness by authorised roadworthiness inspections (RWI) agents appointed by Zambia Bureau of Standards (ZABS)?
Did you also know that every vehicle that has undergone inspection will have a valid RWI certificate from an authorised RWI agent? This, dear reader, is in a bid to ensure that only vehicles that meet the roadworthiness standard are imported into the country, thereby enhancing road safety.
In December 2006, the Zambian Standard ZS 560 â€“ Code of practice for inspection and testing of used motor vehicles for roadworthiness was declared compulsory by the Minister of Commerce, Trade and Industry through Statutory Instrument number 120 of 2006. This was as a result of numerous complaints by the general public about the quality of used motor vehicles that were being imported into the country.
The standard became a legal requirement in order to facilitate acceptance of only roadworthy vehicles on Zambian roads and to prevent export of substandard vehicles or unroadworthy vehicles to Zambia. The standard also covers the requirements for the air conditioning gases that are not accepted by our environmental laws.
To this effect, all imported used motor vehicles are required to meet the requirements of the standard. From the foregoing, it is important to note that the standard was declared mandatory in order to promote public safety as well as address environmental concerns.
Why should imported used motor vehicles undergo RWIs?
Effective RWIs minimise the risk of unsafe and substandard vehicles entering the Zambian market, thus ensuring safety and environmental protection for Zambians.
The major points of consideration for the RWI are that it provides;
SAFETY
The RWI will enable detection of any mechanical problems as stipulated in ZS560 standard (brakes, lights, shocks, alignment, chassis, tyres, etc) that will jeopardise the importerâ€™s vehicleâ€™s roadworthiness.
CONFIDENCE
Thorough vehicle inspection gives a great sense of confidence and assurance that your vehicle is in good and optimal condition.
ENVIRONMENTAL PROTECTION
The vehicle is inspected to ensure that it does not emit excessive smoke and noxious gases that pollute the environment. The vehicle is also inspected to ensure that it is not contaminated with radioactive materials.
LEGALITY
Vehicle inspection will protect the importer from any consequences of purchasing vehicles that suffer from irregularities such as â€˜cut and jointâ€™ and stolen vehicles. The inspection will verify the legality of your vehicle.
INSPECTION IS DONE AT SOURCE
The vehicle is inspected before export and if it does not comply, it will not be shipped to Zambia.
Is pre-shipment inspection of motor vehicles a common practice in other countries?
Pre-shipment inspection of goods is a standard international practice which helps countries control the influx of sub-standard products from entering their markets. The greatest advantage of this practice is that the sub-standard products are detected at source and prevented from being shipped to importing countries.
Regarding pre-shipment inspection of used motor vehicles, the procedure is currently being applied in other countries in the region including Kenya, Tanzania and Uganda.
Who are the official agents of RWIs in Zambia?
We are pleased to inform the public that as at January 2017, three companies were appointed to carry out pre-shipment inspection of used motor vehicles.
The three agents for Zambia are:
1. Japan Export Vehicle Inspection Centre Co. Ltd (JEVIC) with its Zambian partner Jokena Auto Technology of Lusaka
2. Auto Terminal Japan (ATJ) Limited with its Zambian partner Buenos Aires Consultancy Services based in Lusaka: and,
3. EAA Company Limited with its Zambian partner ZAMPOST
Which countries are covered under this RWIs contract?
Under this contract, the countries covered are United Arab Emirates, Japan, Singapore, the United Kingdom (UK), the United States of America and South Africa.
What are the inspection fees?
The cost of inspection for all providers is US$140 per vehicle, except in the UK where it is US$200 per vehicle.
The author is Head â€“ Marketing and Public Relations
Write to the Director,
Zambia Bureau of Standards
Lechwe House
Freedom Way, SouthEnd
P O Box 50259, Lusaka
Tel; 231385
Email: zabs@zamnet.zm

A bungee jump with Will Smith
The power of choice