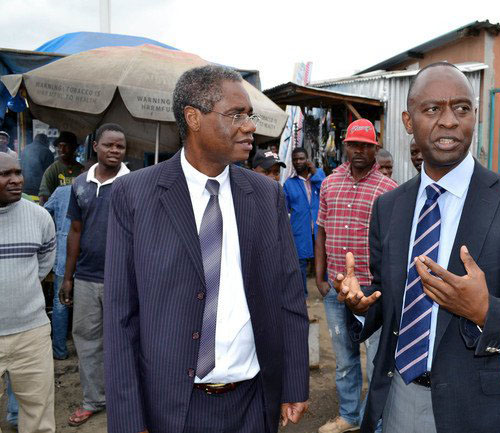 NANCY SIAME, Lusaka
MINISTER of Local Government and Housing Emmanuel Chenda is concerned that 70 percent of the urban population resides in unplanned settlements which lack proper access to basic social, physical and economic amenities.
Mr Chenda said ?the rate of growth of urban centres has increased and projections show an almost exponential trend, particularly in towns and along theÂ  line ofÂ  rail.
Mr Chenda said the magnitude of the growth presents a myriad of risks, which need to be addressed to ensure the attainment of sustainable development.
â€œProjections show that even our smaller outlying towns will experience more exponential growth in the next 20 years, â€œ Mr Chenda said.
He said this in a speech read for him by Deputy minister of Local Government and Housing Nicholas Banda during the official opening of the national urban policy planning workshop in Chilanga on Thursday.
He said ?infrastructure development and provision of amenities that are necessary to support the livelihoods of the population have not been commensurate with the rise in population.
â€œThere is urgent need to ensure that population growth is managed in a way that will maximise the economic potential of our regions,â€ Mr Chenda said.
Mr Chenda said Government is committed to ensuring sustainable ?human settlements for its citizens through poverty eradication and enhanced living standards.
He said Government is fully committed to the process of formulating a national urban policy.
â€œThe outcome of this workshop will be a clear roadmap for the preparation of the national urban policy as well as identification of key issues that the policy should address,â€ Mr Chenda said.