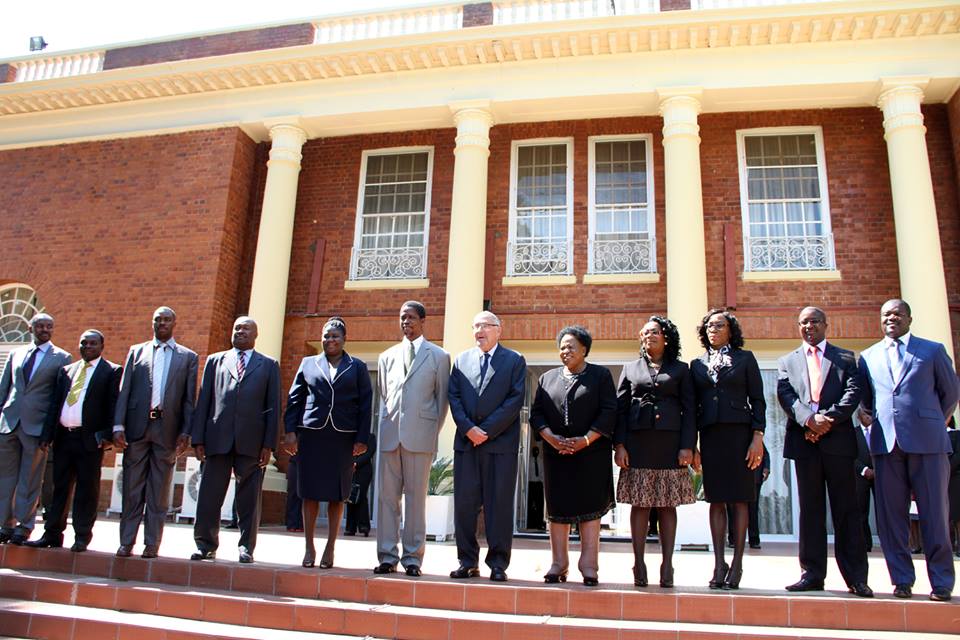 TEDDY KUYELA, SITEMBILE SIWAWA, Lusaka
ACTING President Guy Scott has urged High Court judges to uphold high levels of integrity and help clear the backlog of cases in the countryâ€™s justice system.
Dr Scott said members of the bar should uphold maximum levels of integrity both in and outside courtrooms.
He said this at State House yesterday when he swore in four High Court judges.
The justices sworn in as High Court judges are Mwamba Chanda, Yvonne Chembe, Mwila Kombe and Lishomwa Muuka.
Dr Scott said judges should always show exemplary behaviour even in the way they carry themselves so that society can look up to them for inspiration.
â€œI am only acting President for 90 days and I am happy to perform my first ceremonial task of swearing in the four High Court judges.
â€œThe 90 days period is filled with grief and unexpected problems and it is important that the judges help in maintaining law and order constitutionally,â€ he said.
Dr Scott congratulated the four judges and urged them to serve the Zambian people diligently.
The ceremony was witnessed by Minister of Justice and Defence Edgar Lungu, Minister of Information and Broadcasting Services Joseph Katema, Minister of Gender and Child Development Inonge Wina, Acting Chief Justice Lombe Chibesakunda, Information Permanent Secretary Chanda Kasolo and other senior government officials.
And Dr Scott has urged the Church to be a critical link in shaping the behaviour of society as the country continues fighting gender-based violence (GBV).
Dr Scott said an olive branch must be extended to seek a permanent solution from the spiritual angle aimed at changing the hearts and minds of perpetrators.
He was speaking at the prayers to commemorate the 16 Days of activism against gender-based violence in Lusaka yesterday.
The commemorations, which started yesterday and end on December 10, are running under the theme â€˜from peace in the home to peace in the nation: stop gender-based violence-empower women and men.â€™
Speaking earlier, Minister of Gender and Child Development Inonge Wina said this yearâ€™s commemoration theme is timely as there is need for politicians to have peace that will be experienced by all in the nation.
Ms Wina, however, noted that despite the enactment of the Anti-GBV Act of 2011, the scourge remains a real challenge, especially to women and childrenâ€™s peace and security.
She expressed concern that the most common forms of GBV recorded by the Zambia Police Service are rape and defilement.
Meanwhile, in her homily, Council of Churches in Zambia (CCZ) general secretary Susan Matale said the country is currently embroiled in violence because most leaders have no peace in their homes.
â€œIt is from homes where characters are formed and shaped and we are seeing a situation where there is no love in homes,â€ she said.