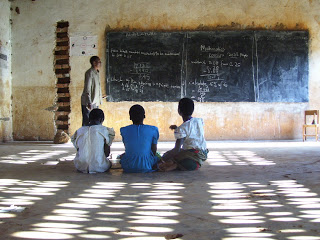 ARTHUR MWANSA, Rufunsa
CHIEFTAINESS Shikabeta of the Soli people of Rufunsa District has appealed to Government to consider upgrading Mpanshya and Chinyunyu primary schools to include senior secondary school.
Currently, the available schools only accommodate pupils up to grade nine, a development that has resulted in most pupils walking long distances to further their education outside Shikabeta Chiefdom.
â€œI am appealing that grades ten, eleven and twelve are introduced to cater for children who may not be in a position to go outside the chiefdom to further their education,â€ the Chieftainess said.
Her Royal Highness said this recently in a speech read on her behalf by her representative Agness Kalonga-Shikabeta during the commemoration of the 2015 Nkombalyanga traditional ceremony of the Soli speaking people of Rufunsa District.
She further said while teachersâ€™ accommodation may be satisfactory, there is a serious teacher-pupil ratio in areas such as Lubalashi due to accommodation problems. Lubalashi has only two teachersâ€™ houses against four teachers.
The traditional leader said though the frequent visits of health personnel from Mpashya Mission Hospital to Shikabeta clinic is appreciated, the clinic is almost collapsing.
She also raised concern over the construction works at Lubalashi and Chomba health centre, which have stalled.
â€œMaterial such as cement is being wasted. Up to 100 pockets of cement delivered to Chomba in 2013 has now solidified. My subjects continue to trek to the nearest clinic at Shikabeta covering distances of 48 and 27 kilometres from Chomba and Lubalashi, respectively.
Chieftainess Shikabeta is also concerned that a retired nurse is manning the only clinic (Shikabeta) in the chiefdom.
She is, however. happy that works on the water reticulation system in her chiefdom have been completed.