table if they beat Hawks at National Sports Development Centre in Lusaka.
Pacers, who are lying third on the table with nine points at par with leaders Magic and Green Buffaloes but what distinguishes the three sides is basket difference.
Pacers narrowly beat Magic 64 -61 last week while Hawks were 78 -70 victors over Heroes Play United.
Magic and Buffaloes will be observing the Week Six proceedings on the sidelines but also psyching themselves up for tomorrow’s encounter when the sides go up against each other.
Seventh-placed Napsa Hurricanes are assured of two points against bottom-placed Intrepid Bulls, who have not won a game since the season kicked off five weeks ago, a result that should make up for last week’s 78-76 loss to Lusaka City Council.
In the women’s division, UNZA Honeys will seek to consolidate their top position in a tricky tie against fellow title contenders Buffaloes.
Both sides have played and won four games apiece with Honeys enjoying advantage of one point basket difference.
LCC Lootresses are not likely to have an easy afternoon when they face third-placed Matero Magic Sparks, who are also among favourites to bag the championship this year.
Earth row Bull Dogs currently on top of the men’s B league look to keep their promotion chances alive when they play Assumption Comets of Mazabuka. 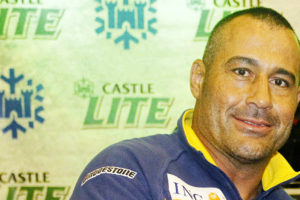