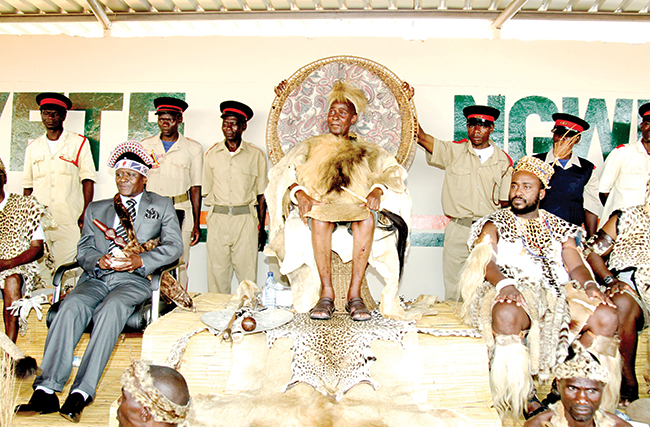 ZAMBIA has for the past five decades been the envy of many countries because of its unbroken record of peace.
She is actually considered the beacon of peace on the continent and beyond.
Despite being home to over 73 ethnic groupings, the country has exceptionally exhibited unity in diversity.
This is indeed a rare feat which must be preserved at all cost.
As Zambians, we owe it to our founding fathers for laying a strong foundation of unity in diversity.
It is a known fact that our forefathers were able to wrestle power from our former colonial masters by putting aside their differences and working towards one purpose.
It is indisputable that our forefathers treasured unity and peace. This is why President Kaunda coined the â€œOne Zambia, One nationâ€ motto etched on our coat of arms.
This was in a bid to promote unity among the diverse ethnic groupings across the country.
Evidence is there for all to see. Zambia is what it is today because of the solid foundation laid by our selfless forefathers.
Even though Zambia went through what seemed like a breaking point during the August 11, 2016 elections, she was able to overcome because of the firm values of unity in diversity on which she was founded.
While our forefathers did their part to lay a strong foundation of unity and peace, it is now incumbent upon the current and future generations to preserve and build upon it.
This is why President Lungu should be supported in his endeavour to promote national unity.
Speaking when he graced the Ncâ€™wala traditional ceremony of the Ngoni people in Chipata, President Lungu reaffirmed that he will not tire in his efforts to promote national unity.
â€œWe are a nation founded on the firm principle of unity in diversity under â€˜One Zambia, One Nationâ€™ and that is why I will not tire in my effort to promote national unity,â€ President Lungu said.
President Lungu rightly pointed out that Zambia was not founded on divisive thinking or behaviour but on values that engender harmony.
We need to vigilantly guard against any alien elements with potential to negate our achievements in as far as unity in diversity is concerned.
We should also work to uphold values and practices that promote unity in our diversity.
Government should therefore be commended for its commitment to promote traditional ceremonies because culture and heritage is a national asset and a cornerstone for national unity and identity.
It is also pleasing that these traditional ceremonies are not only a unifying factor among tribesmen and women but also among different tribes.
For instance, there is a growing trend of traditional ceremonies being attended by chiefs from other tribes.
This is indeed good for national unity and must be encouraged.
All in all, Zambians should be proud that unity in diversity is what makes them stand out among nations and should therefore do whatever it takes to preserve this identity.

Help those in denial