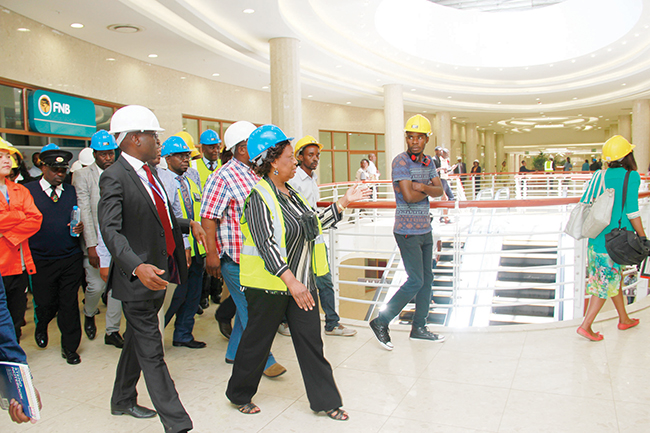 MIKE MUGALA, Lusaka
MINISTER of Labour and Social Security Joyce Simukoko has given all trade unions a three-month ultimatum in which to submit audit reports or risk being deregistered.
Mrs Simukoko is also concerned about the management of trade unions in the country.
Speaking when she recently officiated at the Zambia Congress of Trade Unions (ZCTU) biennial general council, Mrs Simukoko said all unions are expected to submit their audit reports by June 30.
â€œOut of 65 registered trade unions in the country, only 15 are up to date with submission of audit reports as per requirement in the Industrial and Labour Relations act.
My ministry wishes to give three months amnesty to all national unions that have not submitted their up to date audit reports to do so, failure to which will lead to deregistration in line with section 12 of the act,â€ she said.
Mrs Simukoko said trade unions must ensure that they observe transparency and accountability in the course of their work.
She has also advised trade unions which are not registered to do so or face deregistration.
Meanwhile, Mrs Simukoko has implored trade unions to enhance their fiscal management and resource mobilisation strategies by investing their funds for the benefit of their members.
Mrs Simukoko said trade unions should invest in empowerment schemes to ensure economic freedom for workers and citizens.
Meanwhile, Kelvin Mbewe reports that MrsÂ  Simukoko has appealed to parents to engage their children on sexual education to reduce the impact of vices such as rape, harassment and early pregnancies.
And the United Nations Educational, Scientific and Cultural Organisation (UNESCO) says there has been a slight reduction in girl-children dropping out of school since comprehensive sexual education was introduced in the school curriculum.
This was disclosed at the comprehensive sexuality education sensitisation breakfast at Nyumba Yanga Secondary school.
â€œAs parents, we are not raising our children well, donâ€™t emulate what you see in movies,â€ she said.
Ms Simukoko urged young people to concentrate on education if they want to enjoy life.