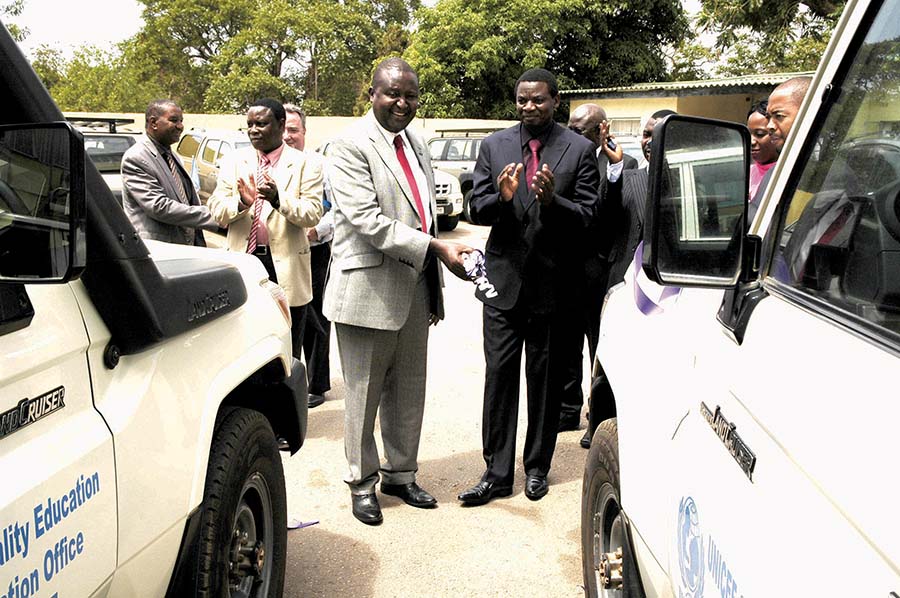 HENRY SINYANGWE, Lusaka
UNITED Nations Childrenâ€™s Fund (UNICEF) country representative Hamid El-Bashir Ibrabim says Zambia has made strides in improving access to education.
This follows an increase in pupil enrolment in grades one to nine from 3.16 million to 3.52 million from 2010 to 2014.
Speaking when he handed over four Toyota Land Cruisers to the Ministry of Education, Science, Vocational Training and Early Education in Lusaka yesterday, Dr Ibrahim noted that Government has invested in improving the quality of education as demonstrated by the successful launch and roll-out of the School Curriculum and National Literacy Framework.
â€œThe new literacy framework has set a base for the teaching of literacy to children in their familiar language, a practice which evidence shows is linked to better learning,â€ Dr Ibrahim said.
And Deputy Minister of Education, Science, Vocational Training and Early Education David Mabumba said Government has been working to enhance access to early childhood education.
He said the four vehicles will be distributed to Eastern, Western, Luapula and Northern provinces.
He said Government has secured funds from the Netherlands Government to formulate school improvement plans of which 400 schools had achieved the goal.