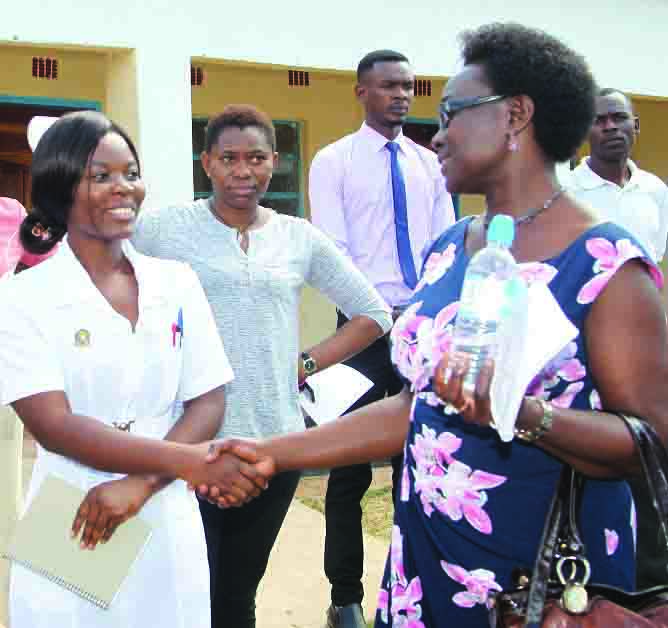 SPEAK OUT ON VIOLENCE with DORIS KASOTE
AMONG top on its agenda is the fight against gender-based violence. United Nations Population Fund (UNFPA) has seen the need to fight gender-based violence (GBV) because the consequences of the vice are far reaching. This is why it has put in place interventions to fight the vice.

UNFPA is working to further gender equality and women’s empowerment, and to address the physical and emotional consequences of GBV.
Violence against women and girls is one of the most prevalent human rights violations in the world. It knows no social, economic or national boundaries.
Worldwide, an estimated one in three women will experience physical or sexual abuse in her life time.
GBV undermines the health, dignity, security and independence of its victims, yet it remains shrouded in a culture of silence.
Victims of violence can suffer sexual and reproductive health consequences, including forced and unwanted pregnancies, traumatic fistula, sexually transmitted infections (STIs) including HIV, and even death.
While in Mufumbwe, UNFPA country representative Mary Otieno advised Zambians to live peacefully as the country is considered one of the most peaceful countries in the world.
Dr Otieno wondered why some couples engage in GBV because it does not reflect what the country is known for globally.
Among the many interventions that UNFPA has put in place to curb GBV is to hold sensitisation programmes for traditional leaders on the dangers of GBV. The traditional leaders are in turn expected to impart the knowledge to their various communities.
One such meetings held was in Solwezi where the traditional leaders from all districts in North-Western Province converged to learn how best they can fight GBV.
One of the traditional leaders, Chieftains Mujimazovu said the information acquired from the workshop will not only benefit her but the community at large.
She has realised that practices that were deemed normal are far from it as the consequences are harmful.
She said women are usually victims of GBV without the women themselves realising that their rights are being infringed upon.
She said men should learn to treat women as their equals and not objects who are at the mercy of perpetrators.
Chieftainess Mujimazovu also said the training also brought out the dangers of early and forced marriages which need to be discouraged if children, especially the girls, have to attain an education.
The traditional leader thanked UNFPA for enriching the knowledge of traditional leaders by making them realise that GBV is a cross cutting issue which should not be entertained.
At Kashima Rural Health Centre, Mufumbwe district commissioner Masela Chinyama said the centre encourages couples to live in harmony by not engaging in GBV.
Ms Chinyama said Government also recognises the support UNFPA renders to the community such as providing equipment and training of health staff.
Policies can be made but it is important to involve the community to ensure that the intended purpose is achieved.
Until next week:
Let’s keep in touch;
dkasote@daily-mail. co.zm

Low number of midwives worrying
How not to react to adultery