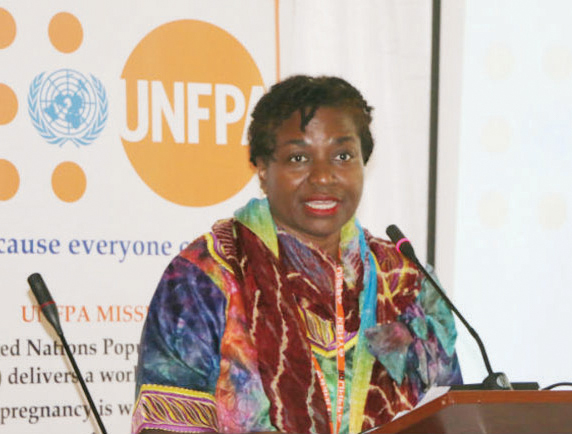 VIOLET MENGO, Lusaka
FORCED to get married at the age of 15, Cheswaâ€™s first child was when she was only 16 years old. A year later she conceived again and gave birth to a set of twins, but this time around, she did not live to see her twins, she died during child birth.
Prior to her death, Cheswa travelled long distance by ox-cart to the nearest Government health facility in Chiengi district to deliver.
On her way to hospital, she was being comforted by her mother who at the time was beside her.
Cheswa screamed in pain as the labour contractions startedâ€¦â€œI am going to die,â€ she wailed repeatedly.
After giving birth, Cheswa struggled for her life as she started to haemorrhage large amounts of blood. Her blood pressure dropped to 60/40 and health personnel struggled to help her recover.
After several hours of trying to re-sustain her, Cheswa was pronounced dead. Her mother was at pains to come to terms with her death. She was left with three grandchildren to take care of.
Cheswaâ€™s story is not unique as girls across the country die while giving birth. In Zambia, 593 women die for every 1,000 live births.
According to United Nations Population Fund (UNFPA) annual report for Zambia for 2015, the countryâ€™s prevalence rate globally is 31.4 percent of girls aged 20-24 being married off by age 18.
An in-depth analysis of the 2013-2014 Zambia Demographic and Health Survey indicates that girls most vulnerable to teenage pregnancy and child marriage have low levels of education and belong to households in the lowest wealth quintile.
UNFPA works to deliver a world where every pregnancy is wanted, every childbirth is safe and every young personâ€™s potential is fulfilled.
The agency expands the possibilities for women and young people to lead healthy and productive lives.
It ensures that every pregnancy is wanted by providing information and choice of contraceptives to women and men; that every childbirth is safe through training of midwives.
Child marriages, also commonly known as early marriage, are of concern in the country.
The Constitution of Zambia has set the minimum legal age for marriage as 18 and parental consent is required for any boy or girl between 16 and 17.
Anyone under 16 is a minor, and defilement of a minor is a serious offence, punishable by imprisonment of up to 25 years.
Despite the law stating clearly the age limit for girls, what is prevailing is different. Many do not see the value of education and the rewards that come with it due to lack of exposure.
The call at the recently held Tokyo International Conference on African Development (TICAD) six in Nairobi was that no women should die while giving life.
Efforts to this effect are being put in place while some activities have already been running aimed at ensuring no woman dies while giving life.
The UNFPA and Japan have been collaborating on a number of activities aimed at enhancing maternal health in Africa.
During the conference, a high-level panel discussion was held which highlighted some of the activities that UNFPA and Japan have been involved in.
Assistant secretary-general and deputy executive director for programmes at UNFPA Natalia Kanem stated that maternal mortality rate in southern Africa is still very high at 546 per 100,000 live births.
â€œAnd a total of 201,000 women died from maternal health-related cases in 2015, most of them preventable,â€ Dr Kanem says.
Japanese financial assistance to UNFPA has been crucial to improving the sexual and reproductive health and rights of women and young people in many African countries including Zambia.
In the East and southern Africa region, Japanese assistance has helped respond to the needs of girls caught in the South Sudan crisis, including those forced to flee to the Democratic Republic of Congo, Uganda and Ethiopia.
UNFPAâ€™s efforts have greatly contributed to saving lives and alleviating the suffering of women and girls in need of reproductive health and gender-based violence services.
Dr Kanem says in Africa, girls under the age of 15 are five times more likely to die during childbirth than older women with maternal conditions accounting for more than 15 percent of all deaths.
She says infants born to mothers under the age of 18 are 60 percent more likely to die in the first year.
Overall, Japan has consistently ranked among the 10 highest contributors to UNFPA, and this support has enabled us to achieve significant results.
But more needs to be done.
Africa still has unacceptably high maternal mortality rates, estimated at 495 deaths per 100,000 live births (2015; Trends in Maternal Mortality, 1990-2015). Only strengthened and resilient health systems that leave no one behind can redress the situation.
UNFPA says the capacity of health systems to provide comprehensive and holistic health services, including reproductive health commodities and life-saving medicines, is still weak in many African countries.
Insufficient infrastructure, human resources and commodities hinder the availability, accessibility, acceptability and quality of health services.
Clearly, universal health coverage will not be achieved unless health centres have adequate and motivated health workers, including skilled birth attendants, midwives and community health workers.
The Africa Union Commission has just developed and adopted the revised Africa Health Strategy (2016-2030) and the Maputo Plan of Action of sexual and reproductive health and rights (2016-30).
And UNFPA executive director Batatunde Osotimehin says both strategic health policy documents that will shape health and development in Africa for the next 15 years prioritised sexual and reproductive health and rights for the reduction of maternal mortality.
He said the TICAD VI comes almost at the beginning of the implementation of the United Nations Post 2015 Development Agenda â€œTransforming Our World: The 2030 Agenda for Sustainable Developmentâ€, a historic transformative, inclusive and people- centered agenda where sexual and reproductive health and reproductive rights for improved maternal health and reduction of maternal mortality are well prioritised.
And former parliamentarian Highvie Hamududu called on the government to increase budgetary allocation targeting young people to help them develop their various skills.
He said with sustained resources targeting young people many will be helped to better develop their skills and reduce engagement in illicit activities.